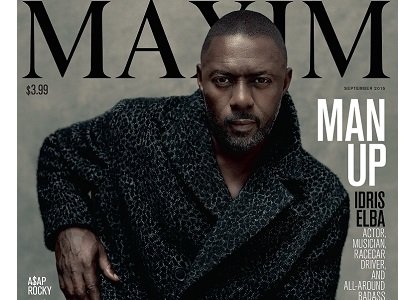 (CNN) — The writer of the new James Bond novel "Trigger Mortis" has set off a firestorm with a remark about Idris Elba.

Anthony Horowitz recently told the Daily Mail that he believes Elba is "probably a bit too 'street' for Bond. Is it a question of being suave? Yeah."

Elba has long been touted as the fans' choice to become the first black Bond.

For some, the reference to Elba as "too street" was code for "too black."

"Between The World and Me" author Ta-Nehisi Coates tweeted that Hororwitz should "Just be honest and say 'James Bond's being white is important to me' and be done with it."

Others also chimed in with their objections.

But in the interview, Horowitz -- whom the estate of Bond creator Ian Fleming chose to take over the 007 books -- said his issue with Elba for the role has nothing to do with the actor's race.

"Idris Elba is a terrific actor, but I can think of other black actors who would do it better," the writer said.

Horowitz tweeted an apology amidst all the controversy Tuesday. "I admit it was a poor choice of word," he said. "I am mortified to have caused offence."

Not that Elba is probably sweating it. He recently stirred fan excitement when it was revealed that he would co-star in "Star Trek Beyond."