How to get the best deal on your iPhone trade-in 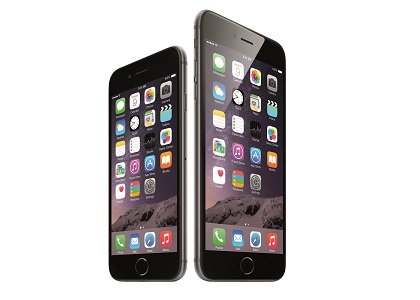 Apple unveiled two new iPhones, the iPhone 6 and iPhone 6 Plus, at their September 9, 2014 announcement. The phones are "the biggest advancement in the history of iPhone," Apple CEO Tim Cook said.

NEW YORK (CNNMoney) — The new iPhone is just around the corner, and it's time to get serious about trading in your old smartphone.

Apple Stores, carriers and smartphone recycling companies are practically falling over themselves trying to get you to trade-in your old phone, offering huge deals. The market for older smartphones -- particularly used iPhones -- is exploding, and there's a likelihood that your old phone is worth hundreds of dollars.

But deciding where to recycle your phone can be confusing. Each company is offering a slightly different promotion. Some are giving credits towards a new phone, others are giving discounts on service and then some are simply giving you cash.

Here's a quick guide to what you can expect to get for your old iPhone:

The phone recycling company Gazelle is offering a tempting plan: It will beat your carrier or Apple's trade-in offer between Sept. 2 and Sept. 9 (the day of Apple's announcement), and it will give you cash for your old iPhone 5S, 6 or 6 Plus.

The company's most lucrative deals are for Verizon phones (which have the highest demand) and for iPhones in perfect condition. If you find a better offer during that time period, Gazelle said you have to send the company proof, and it will beat the deal.

The promotion has limitations, though. It only applies to a deal from your carrier -- not a rival carrier's offer to switch. Gazelle also doesn't guarantee that it will beat offers from other phone recyclers, such as NextWorth.

Each of the wireless carriers is giving customers incentives to re-up (and new customers reason to switch), luring them in with impressive trade-in deals.

Verizon will give customers who trade in an old smartphone and buy a new device a $200 Verizon gift card and a $100 bill credit. It's a good deal if your old phone is worth less than $300.

AT&T similarly offers customers up to $300 for old phones, but the amount you'll get is determined by the phone's appraisal. If your phone is worth more than $300, it probably isn't the best deal.

T-Mobile is offering customers who trade in their old phones the ability to pay $15 a month to lease a new iPhone for 18 months (a savings of $12 per month). Customers will get an iPhone 6 and then get a free upgrade to a new iPhone 6S (or whatever it will be called) when that becomes available. But if your phone is worth more than $216, T-Mobile's deal isn't worth it. Also, you won't be able to trade in your leased iPhone, since T-Mobile owns the phone.

Sprint is also offering a similar deal, providing a $15-a-month leased iPhone to customers who trade in their old phones. The promotion will last 22 months, so it's a bit better than T-Mobile's deal -- but not by much. If your phone is worth more than $264, it's not the best deal.

Online, you're currently unable to trade in an iPhone 6.

Apple's prices are competitive, but they're not the best.