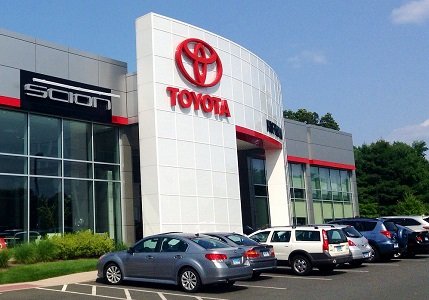 WASHINGTON (NNPA) — According to IHS, an international industry data company, Black Americans spent an estimated $8.4 billion on cars in just the first four months of 2015. In the coming year, the U.S. Black Chambers, Inc. (USBC) is determined to direct that cash toward Black-owned dealerships.

The USBC is a national association of more than 100 African American Chambers of Commerce and small business organizations working toward Black economic empowerment. In signing a memorandum of understanding with the National Association of Minority Automobile Dealers (NAMAD), the USBC hopes to appeal people in the market for a new car to buy from Black dealers.

The agreement will connect Black car dealers to their local Black chamber of commerce, and will encourage the chambers to get the word out. The USBC also has an interactive listing of Black-owned car dealerships included in its online Black business database.

“It’s not just about OK go buy a car from Mercedes or BWM but if you want a BMW…here’s where you should go to [make] those purchases,” Busby explained. “The thing we determined is, let’s say you’re in a community and there’s not a Black-owned dealership of your [car] choice. We will contact the Black dealership [nearest you], and he will either meet or beat the price of that local dealership in your community, and ship it to you free of charge.”

In addition to making it easy to buy Black when car shopping, the partnership will examine whether automakers are returning the favor of Black patronage by re-investing in Black communities.

“We outlined where, which cars African Americans were spending money. And it was ironic that Toyota was the number one car for African American spending,” Busby said. “Are they spending money with us – that’s where we want to make sure. Are they advertising in our Black newspapers? Are they hiring Black employees? Do we own their dealerships?”

The USBC-NAMAD agreement is the fifth year of such agreements for the USBC, which aims to grow Black economic power by driving Black dollars to Black businesses, particularly in industries that already attract many Black customers.

In 2013, for example, an MOU with the Congressional Black Caucus lead to a $5 million deposit split between five Black-owned banks around the country. Other past partnerships have targeted Black-owned media, hotels, banks, and more.

Black consumers can also foster these efforts via the USBC mobile app. Powered by GPS, it allows users to find Black retailers, service providers, and more in their current area, in real time.

“The reason that other communities and ethnic groups don’t have many of the same concerns that we have is because they are in control of their own economies. We very seldom in our conversations, talk about an economic agenda, and at the end of the day this is still a capitalistic society,” said Busby.