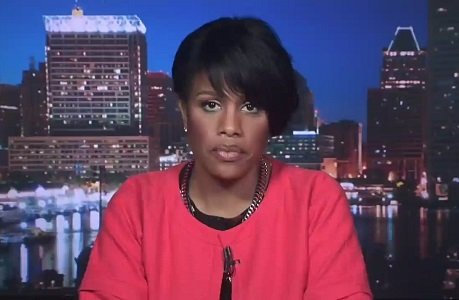 Embattled Baltimore Mayor Stephanie Rawlings-Blake announced Friday, September 11, 2015, that she will not seek re-election, saying a political campaign would take time away from the city's ability to cope with a police brutality scandal. (Photo: CNN)

CNN — Embattled Baltimore Mayor Stephanie Rawlings-Blake announced Friday that she will not seek re-election, saying a political campaign would take time away from the city's ability to cope with a police brutality scandal.

"The last thing I want is for every one of the decisions I make ... to be questioned in the context of a political campaign," she told reporters.

The announcement came one day after a judge ruled that trials of six police officers charged in the death of Freddie Gray, 25, will remain in the city.

The police officers are charged in Gray's death, which authorities say came after he suffered a fatal spinal injury while being transported in a Baltimore police van in April.

"It was a very difficult decision but I knew I needed to spend time, the remaining 15 months of my term, focused on the city's future and not my own," Rawlings-Blake said at a City Hall news conference.

Gray's death sparked outrage and days of massive protests, including some that turned violent. Buildings went up in flames, and vandalism and looting devastated businesses -- despite the Gray family's pleas for peace.

"The city is in a very critical time right now," Rawlings-Blake said. "We working very hard to reform the police department ... We have to get our city through six separate trials that will be held here in Baltimore."

Rawlings-Blake took office in 2010 when the former mayor, Sheila Dixon, was convicted of embezzlement and resigned. She won a full term of her own in 2011 and has presided over a city that seemed to be enjoying an economic resurgence.

The city on Wednesday announced it had reached a settlement with Gray's family totaling $6.4 million in potential civil claims. Rawlings-Blake was part of a five-person panel that handles the city's financial affairs and approved the settlement.

Gene Ryan, president of the Baltimore Fraternal Order of Police, said in a statement Friday: "Rank and file and City leadership must always work as a team so that Baltimore is a place people want to live, work and visit. We look forward to leadership that makes partnering with public safety a priority."

Last April, Rawlings-Blake appeared to struggle to find her footing and regain control of a rapidly deteriorating situation in the city. But she moved into a far more assertive role as riots escalated, imposing a curfew on the city, asking the governor to send in the National Guard and conferring with President Barack Obama.

In 1995, Rawlings-Blake became the youngest person elected to the Baltimore City Council, where she served for 15 years -- including three as council president.

On Friday, she talked about guiding the city through what she called a renaissance, reducing unemployment and funding new schools and recreation centers.

The mayor said she had spent two months pondering whether to run again, and that the city's preparations for the motion hearings for the officers charged in Gray's death had become "a nagging concern."

Gray, 25, was arrested on a weapons charge April 12 and suffered a severe spinal cord injury while being taken away in a police van, authorities said. That injury led to his death seven days later.

Prosecutor Marilyn Mosby has said Gray's injury happened because he was handcuffed and shackled -- but not buckled in -- inside the police van. The six officers will stand trial on charges ranging from assault to murder. All six have pleaded not guilty.