Meet Audri Scott Williams: Walking around the globe for peace 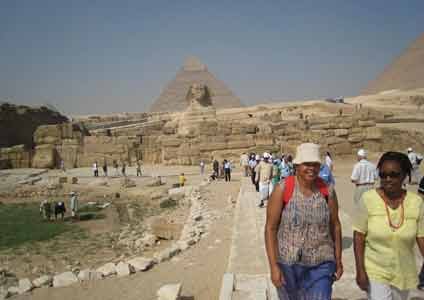 Peacewalker Audri Scott Williams has walked all around the world for peace. She is the Global Trustee of the United Religions Initiative (URI), was the vision keeper who led the “Trail of Dreams World Peace Walk”, and the “13 Moon Walk 4 Peace” across America. She has received numerous awards for her service to humanity, and emulates the efforts of Rev. Dr. Martin Luther King, Jr. 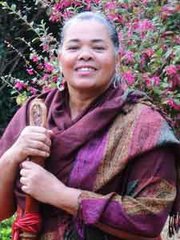 On Saturday, September 19, 2015, the humanitarian and author will be in Baltimore to participate in the “Baltimore Beloved Community Awakening Walk For a Transformed City.”

“I walk because we will never change the world if we sit and complain,” said Scott Williams. “I walk for peace, love, and transformation. I am the grandmother of 14. I want my grandchildren to grow up saying ‘this is what my grandmother did.’ Doing our part to help make the world a better place encourages future generations to do their part.”

Scott Williams currently serves as a global trustee on the URI Global Council and is co-founder of the Quantum Leap Transformational Center. She has authored several books including: “Awakening the Heart of the Beloved Community,” and produced documentaries about her journeys.

“You go where you are called,” said Scott Williams who lives in Alabama, and has organized several walks in that state. “When ‘The Call’ comes, you know that God is sending you there, and you just show up. What’s revealed is so powerful and transformative.”

Scott Williams served as the Interim Global Indigenous Coordinator for the United Religions Initiative (2013-2014) and co-convener of the historic Hidden Seeds Global Indigenous Gathering in Northern California (2014). She was an apprentice with the Worldwide Indigenous Science Network where she escorted and documented indigenous “wisdom keepers” around the world. She is a former Dean of Instruction at the Institute of Divine Wisdom in Atlanta, Georgia, and has roots in Maryland, having served as the Dean of Continuing Education and Community Service at Charles County Community College.

She holds a master’s degree in Liberal Arts from Naropa University/Creation Spirituality in Indigenous Science, and a bachelor’s degree in Criminology from the University of Tampa.

Scott Williams is the recipient of numerous honors and awards including the “Presidential Certificate of Merit” bestowed upon her by former President Bill Clinton, HBO’s “Hearing Her Voice, Telling Her Story” Award; Volvo for Life American Heroes Award; and the 2008 “URI Bowes Award” which was presented in India.

“As a global Peacewalker, I advocate for evolutionary change in the world,” said Scott Williams. “The goal is to create a sustainable and viable world for generations to come.”