What is sexual dysfunction? 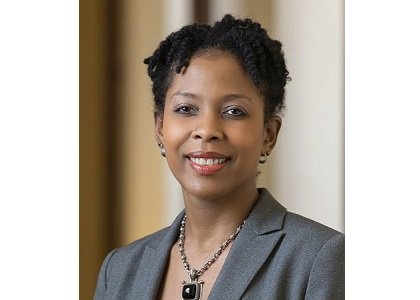 (NNPA) — Special to the NNPA from the St. Louis American

My old school, Southern-bred mother was appalled to learn that my then 2-year-old used words like vagina and penis. She could not believe I had taught her such language because she of course had taught me to say “private parts” and use nicknames such as “pocket book.” Well, I suppose my liberating medical education had freed me from that type of sexual bondage and I dared to embrace body parts for what they were intended to be called.

As I matured even further in this journey, I began to see how so many adult women were still hindered by male-dominated social norms and old-fashioned myths about their bodies. I recall being taught not to bathe/shower or wash my hair while menstruating because this would cause illness. And let us not venture into the bedroom. I’m sure women in my mother’s generation thought it was normal to be directed in sexual intercourse by their partners and would have never considered telling their partners what was actually pleasurable to them. I know women even today who have never actually explored their bodies to learn what pleases them. Where did such practices originate? Were these behaviors part of the reason why medical advances for women in regards to their sexual health lagged so far behind those for men?

When drugs such as Viagra and Levitra hit the market, men across the world rejoiced because they could now continue to experience sexual satisfaction even though they were advancing in age. And please don’t get me wrong, sexual health is an extremely important aspect of a man’s mental well-being. However, fewer men have issues as compared to women, 31 percent versus 43 percent respectively. So, when I learned that there was a possible solution to some of the concerns women face as it relates to their sexual enjoyment, I was excited. No pun intended!

Orgasm disorders-delay or absence of climax or orgasm

Although the research suggests that more women have problems with sexual dysfunction than men, very few women, for example, in my practice have complained. Embarrassment has always been my assumption for this hesitancy in reporting this important medical problem. For instance, only a small percentage of women experience orgasm during intercourse yet rarely do women mention this to me during their exams.

There are many causes of sexual dysfunction and they can be divided into physical and psychological. Conditions such as heart disease, diabetes, neurological disorders, hormonal imbalances and a host of other health problems can all cause sexual dysfunction. Stress as it relates to work, marital relationship or finances also contribute to sexual dysfunction. Past history of sexual trauma/abuse is a common reason for women to experience problems in their sexual relationships. Both women and men may also have issues with body image.