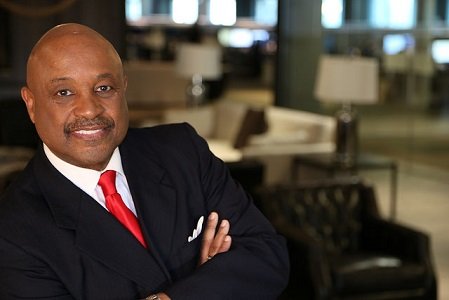 NNPA — As someone who has pursued business ventures since he opened his first lemonade stand as a kid, Randal Pinkett’s favorite television commercial growing up was from the financial firm, Smith Barney. It had a famous line, “We make money the old fashioned way, we earn it!” The underlying message was that while there are plenty of ways to make money, the admired way is to actually earn it.

And that tagline speaks to the work ethic of Randal Pinkett, who was the first African American winner of The Apprentice with Donald Trump on Season #4. With an educational background in engineering and business, Pinkett is both a Rhodes Scholar and a Walter Byers Scholar, holding five earned academic degrees. His MBA and Ph.D. are from the Massachusetts Institute of Technology (MIT).

Before appearing on The Apprentice, Pinkett had already established a career in business. He is considered a “serial entrepreneur,” having founded his first company, MBS Enterprises – selling compact discs and cassettes out of his dormitory room in college.

From there, he went on to start and grow numerous businesses, then sell them and go on to his next venture. From his compact disc company, he moved on to start a business to improve the lives of high school students. This evolved into his second venture – a training and development company for emerging and seasoned professionals.

Next, there was the Inner City Consulting Group, where he helped small companies grow their profits and performance. From there, Pinkett co-founded Access One Corporation, with a mission to ensure that affordable housing was equipped for the 21st by implementing innovative, sustainable broadband network and telecommunications solutions.

All of this lead to his current consulting business that he co-founded called BCT Partners. This is a multimillion-dollar, management, technology and policy consulting services firm. They work with corporations, government agencies and nonprofit organizations to improve organizational effectiveness and support strategies for change.

BCT Partners is a minority-owned and operated, federal 8(a), small business enterprise. He has been a stalwart for sharing the excellence that small minority-owned businesses can bring to the marketplace. BCT Partners have positioned themselves as one of the leading firms in the country with expertise in the areas of: housing and community development, economic development, education, government and human services.

Randal Pinkett’s belief in God has always been his source of strength and kept him grounded. He grew up attending St. James African Methodist Episcopal Church (A.M.E.) in Hightstown, N.J. When he returned from England as a Rhode Scholar, he joined the First Baptist Church of Lincoln Gardens, and later, First Baptist Church of Lincoln in Somerset, N.J., where Pinkett is an active member today.

He is the author of three books: Campus CEO: The Student Entrepreneur’s Guide to Launching a Multimillion-Dollar Business (Kaplan Business 2007), No-Money Down CEO: How to Start Your Dream Business with Little or No Cash (Trump University 2008), and Black Faces in White Places: 10 Game-Changing Strategies to Achieve Success and Find Greatness (AMACOM Books 2010) with his college roommate and business partner, Professor Jeffrey Robinson of the Rutgers Business School.