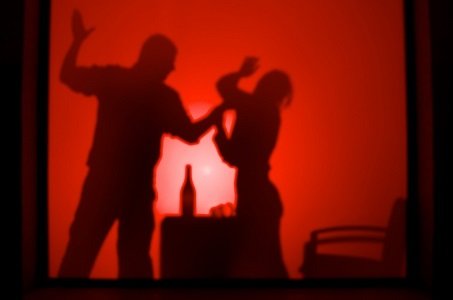 WASHINGTON (NNPA) — Black women were murdered at more than double the rate of White women in 2012 and almost all (92 percent) of these women knew their assailant, according a report titled, “When Men Murder Women” by the Violence Policy Center.

The annual study, now in its 17th year, “examines FBI data and “details the reality of homicides committed against females by single male offenders.” In homicide cases involving Whites and Blacks, most of the victims know their assailants.

According to the report, 11 times as many Black women were killed by a man they knew than by a stranger in 2012. More than half (56 percent) were married to or in relationships with the men who murdered them.

Tony Porter, co-founder and co-director of A Call to Men, believes that this statistic cuts to the heart of the problem.

“The vast majority of men are not violent; it’s the minority of men who are. While we as good men, well-meaning men, don’t hit, or abuse, or rape, or assault, we participate in a culture of manhood that allows the minority of men to perpetrate violence,” he said, adding that if women alone could end the violence in their communities, they would have already done so.

“If we can engage that majority of men to take this issue on, we might be able to have a much better chance of stopping and ending or putting a big dent in it.”

In addition to subconsciously acting on these beliefs, Black men often have the added layer of socioeconomic circumstances that that breed violence. Racial oppression, chronic joblessness, and income inequality, for example, can breed the hostility and desperation that lead to violence in Black communities.

“Where the value lessens, the violence increases. When we talk about induced self-hate, we’re talking about racial oppression. And when you concentrate poverty…when you put 6,000 financially poor people in a square four-block radius…you will have violence,” Porter said, adding that this doesn’t excuse personal responsibility, but are factors.