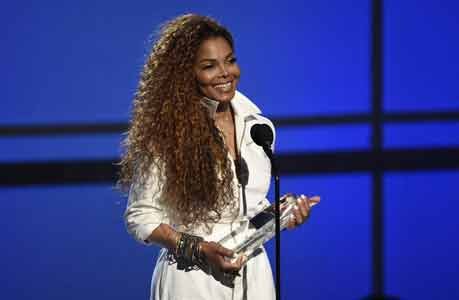 (CNN) — Janet Jackson might soon become the new symbol of the rise of the 50-year-old mom.

The 49-year-old singer/songwriter, who turns 50 next month, announced to fans in a video on Twitter on Wednesday that she would be delaying the second leg of her "Unbreakable" world tour because she and her husband are focused on family planning.

A Message from Janet

A message from Janet...

A message from Janet...

"I thought it was important that you be the first to know. My husband and I are planning our family, so I'm going to have to delay the tour," she said with a smile. "Please, if you can try and understand that it's important that I do this now. I have to rest up, doctor's orders. But I have not forgotten about you. I will continue the tour as soon as I possibly can."

There's no word on how Jackson and her husband, 41-year-old Qatari billionaire Wissam Al Mana, hope to build a family, whether through natural means, fertility treatments, surrogacy or adoption.

If Jackson has or adopts a child, she would be following in the footsteps of other mothers, such as singer Sophie B. Hawkins, who already had a young son, and decided to have another baby at 50. She admitted her age made her think more than twice about the humongous and life-changing step.

"I went through waking up crying and saying, 'Am I too old? Will I suddenly at 51 have my knees give out?' " Hawkins, who used a sperm donor and was implanted with her own frozen embryo, told People magazine in 2015.

"Now I don't have any of those fears because I feel healthy and strong. I'm also setting up a good net of support, and that's the key to anybody having a child."

Jackson and Hawkins are part of a small but growing trend of women doing what was unthinkable only a few decades ago: becoming moms at 50 and beyond, according to a recent story in AARP The Magazine.

And those numbers don't take into account the women who become mothers through adoption or surrogacy, women like Deborah, who had a child "close to 50," she says. She used a surrogate after she learned through in vitro fertilization that she could get pregnant but could not carry a child to term.

A few years later, Deborah, who wanted to use only her first name for this article, had another child after her surrogate offered to carry and deliver a second baby for her and her husband.

"That was the best decision we made, or she helped us make ... because I do think that it's a bit of a burden on an only child to have an older parent," she said.