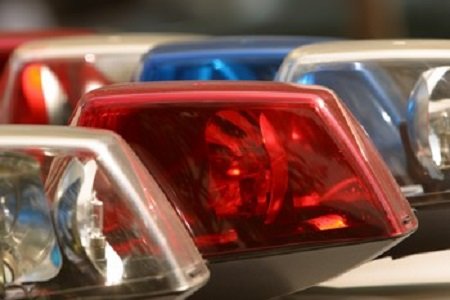 Special to The Baltimore Times

A recently released report by the Maryland chapter of the American Civil Liberties Union (ACLU) reveals the dangers black people continue to face during encounters with law enforcement.

“Marylanders, and particularly communities of color, have long lived with the reality of unchecked police abuse,” said Policy Director Sara Love. “The public is rightfully demanding a seat at the table to ensure that officers who have committed wrongdoing are appropriately disciplined. Law enforcement has shown, time and again, that they are unable to police themselves. This session, the General Assembly must reform the Law Enforcement Officers’ Bill of Rights to ensure that civilians have a meaningful role in the disciplinary process.”

“Even as police custody deaths continue and demands for reform grow more powerful, we have seen little evidence that Maryland police departments are engaging with the issue on a systemic level,” she said. “Police agencies must commit to valuing the sanctity of all human life, regardless of race or class, and doing what it takes to infuse that into the culture, policies and practices of their agencies. Maryland leaders can help them take a step in this direction by passing strong, statewide police accountability reform legislation.”

During those four years, almost 70 percent of those who died in police encounters were Black, more than 40 percent were unarmed, and police officers were criminally charged in less than two percent of the 109 cases cited by the ACLU.

One of the people who died in police custody was Freddie Gray, the 25-year-old Baltimore resident who was arrested without cause in last April, suffered severe injuries to his neck and spine and succumbed a week later from his injuries. His death added another layer to the clamor for fairness and justice for black residents and it is fueling an expanding movement in Maryland for police accountability reform, now being considered in Annapolis.

Gray died after what Baltimore city officials describe as a “rough ride,” when a detainee’s seat belts are left unbuckled and the driver drives in a manner to throw them around. Gray’s death triggered civil unrest, which led to scores of arrests, millions of dollars in property damage and steadfast demands by embattled residents in Baltimore City for an end to police harassment and brutality. Six Baltimore City police officers are on trial for complicity in Gray’s death and city officials paid the Gray family a $6.4 million settlement.

Meanwhile, in the past three years, Baltimore residents have filed 317 lawsuits alleging police brutality, and the city has paid out $5.7 million to settle these cases.