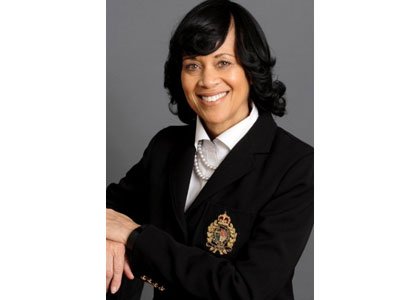 Former financial analyst Robin Woodlon who is now a kindergarten teacher believes that the lack of financial literacy in the African American community is a major concern and advocates that financial literacy education should start as early as kindergarten. A 2013 National Institute on Retirement Security report revealed that 62 percent of black working-age households have no assets in a retirement account in comparison to 37 percent of white households. (Courtesy Photo)

Robin Woodlon strongly believes that children live what they learn. A former regulatory analyst at the National Association of Securities Dealers, Woodlon suggests that if parents want their children to become good managers of money, they need to set the example.

“It’s unfortunate that we have to learn these lessons by living and finding ourselves in situations where we acquire debt. We have to be educated and find ways to prevent the pothole that is debt,” Woodlon said. “And, it begins in the home and in school from kindergarten.”

It’s a place and position where Woodlon feels she can be most helpful in the struggle to bring financial literacy into schools and, just as importantly, into the homes of less affluent individuals.

“There’s a big need for financial literacy and the adults who prompted me to look into becoming financial literate did so long before it became a crisis,” Woodlon said. “The primary years of education, is where it begins.”

The global economy mandates that everyone become financially literate in order to be competitive, Woodlon said, adding that more than 28 million households and individuals are unbanked in the United States, meaning that they don’t have banking accounts.

One recent survey revealed that almost three-quarters of millennials said financial advice from their parents along with examples their parents displayed greatly influenced their monetary decisions.

BMO Harris Bank in Chicago recently released results of its 2015 parenting study on how children are financially educated at home and found that 68 percent of parents turn to others to talk to and teach their children about money.

“You have to have a fundamental knowledge of finance and it’s known that many adults aren’t financially literate, so most kids can’t balance a check book and when they get to college they are introduced to debt,” said Woodlon who also cautions against college students getting credit cards, too.

Financial literacy in the African American community is a major concern, according to Woodlon.

A 2015 Morgan Stanley report noted that the retirement security issues so many Americans face are more pronounced among minority groups, such as African-Americans.

Sixty-two percent of black working-age households have no assets in a retirement account, compared with 37 percent of white households, according to a 2013 National Institute on Retirement Security report.

Another report from the Federal Reserve Bank of St. Louis, released last year, found that half of white, Hispanic, and Asian households are in the upper half of national wealth distribution, compared with just 25 percent of African American households.

Income disparity is a prominent issue, but recent research also shows that some of the gap could be due to differences in investing patterns. Also, African American financial planners currently account for only two percent of all planners in the profession.

“Financial literacy, in my opinion, is a core platform on which financial inclusion is built,” Woodlon said. “You cannot become a part of a system and truly become successful without basic financial literacy. We need the next generation to be smarter, we need to take small proactive steps to make sure that it is part of the school curriculum.”

Woodlon says education should start as early as when the child is three years old.

“It also has to be part of the home. We have to make sure parents are educated,” she said. “We have to have these conversations in the home because kids today still think they can barter; they don’t understand the power of money.”