Homosexuality is the new black 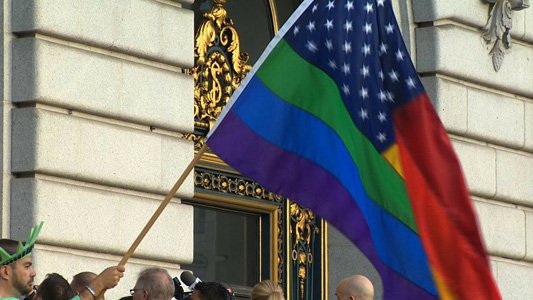 (NNPA) — In order to have a fully functioning society, we must have some common baseline of beliefs that join us together, whether it’s a fraternity, a church, or a political party. Without this commonality, belonging to a group or a society is impossible.

Oh-oh! These last two are going to get me in trouble. Now I will be called homophobic, hateful, un-Christian, a divider, not fit for public service, unfit for management in corporate America, etc., but the question is, “Why?”

In God’s senility, he has become so old and feeble that he is making a lot of mistakes. He is mistakenly putting penises on girls and vaginas on boys. As the philosopher Protagoras argued, “Man has become the measure of all things.” This was the essence of the philosophy called relativism.

Spineless corporate America has never shown in any principles when it has come to issues of right and wrong. They respond only to profit and liberal orthodoxy. Why would a business oppose legislation describing those born with a penis as male and those born with a vagina as female?

These orbiters of “moral hypocrisy” have come out of the closet, literally, against the state of North Carolina because their governor, Pat McCrory, recently signed legislation codifying the biological principle of male and female.

How this bill, HB2, is being described as hateful and discriminatory is baffling to me. Singer Bruce Springsteen has made this his cause célèbre by cancelling his upcoming concert in Greensboro, North Carolina. Bruce seemed to have gotten laryngitis when it came to the lack of any Black actor nominees for the past two years for the Academy Awards, but I digress.

If the corporate community showed the same amount of outrage over the “real” discrimination towards the Black community, we would have more Blacks in the executive suites and on their corporate boards.

According to 2013 research by Richard L. Zweigenhaft of Guilford College, the board of directors of Fortune 500 companies are:

Based on 2013 research from Richard Lapchick, director of the Institute for Diversity and Ethics in Sport at the University of Central Florida, the demographic breakdown of the players and owners of the NBA and NFL respectively are: