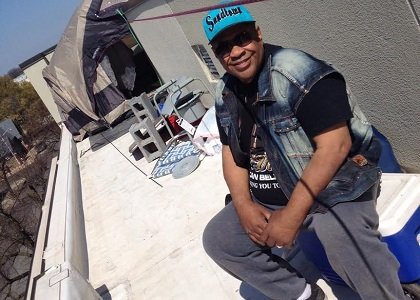 After living on the roof of Jubilee Arts for 5 days, life-long Sandtown resident and pastor of Newborn Community of Faith Church, Elder Harris is coming down Wednesday. The 66 year-old pastor climbed onto the roof this past Saturday and vowed to stay there until 500 people from his community voted. Through an intensive grassroots effort in partnership with the No Boundaries Coalition and BUILD, 500 21217 residents have self-reported to Elder Harris they have cast their ballot during early voting. 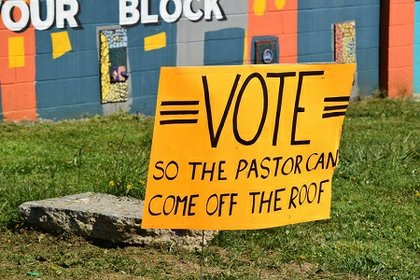 During this week, the No Boundaries Coalition shuttled 213 voters to the polls at their 9th annual Boundary Block Party this past Saturday on April 16th. Several local pastors through Clergy United for the Transformation of Sandtown sent over 70 parishioners to the polls this past Sunday after worship. And all week volunteers have been shuttling residents to the polls in vans and cars. 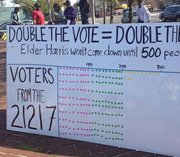 In the last mayoral election, voter turnout was only 11% city wide and as low as 7% in Sandtown. Elder Harris climbed onto the roof of Jubilee Arts in an effort to increase voter turnout and political voice in his community. The day after the anniversary of Freddie Gray’s death, with city-wide calls for change and a crowded mayoral race with no incumbent, 2016 is set to be a historic election for Baltimore. Harris is making sure his community has a voice in shaping that history.

The effort to increase voter turnout continues through the primary election. On April 26th, the No Boundaries Coalition is hosting a voter appreciation cookout on the playground of Gilmor Elementary School from 1-8pm. People can sign up to volunteer by emailing noboundariescoalition@gmail.com