A line crossed in Wichita 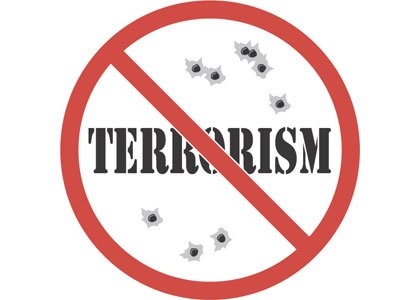 (NNPA) — As we have seen from recent events in Paris, Brussels and all across the world, terrorism is not an obscure phenomenon that only impacts the Middle East. No longer can Americans ignore the threat of terrorism as primarily a European problem.

Although attacks in the United States are less frequent due, in part, to our distance from the region, increasingly, leaders associated with terrorist groups are now finding their way onto American soil.

Not only must we be concerned about terrorist cells hiding in communities around the United States, but we now also have to worry about domestic Muslim organizations, such as the Islamic Society of Wichita (ISW), providing an outlet for terrorist recruitment and incitement. These very groups that seek to cause us harm now have a place to spread their hateful rhetoric in the United States.

Recently, ISW invited Sheik Monzer Taleb, a man with a long record of fundraising and support for the designated terror group Hamas, to speak at the mosque on Good Friday. Hamas is the Palestinian branch of the Muslim Brotherhood, which gained international notoriety for unleashing suicide terrorism against Israelis. It advocates not only for the complete destruction of the Jewish state, but seeks the genocide of the Jews worldwide.

Taleb is captured on a promotional-videotape affirming his allegiance to Hamas, which murdered scores of innocents and has long been deemed a foreign terrorist organization by the U.S. government. As stated in a press release released by the office of Congressman Mike Pompeo (R-Kansas), whose district includes ISW, Talib was named a co-conspirator in the Holy Land Foundation terrorism finance case, in which millions of American dollars were funneled to Hamas.

What is most troubling about this Talib situation is that the Islamic Society of Wichita apparently does not find his Hamas affiliation problematic. In fact, the ISW likely would not have cancelled his appearance were it not for Congressman Pompeo’s vehement and vocal opposition.

At the core of our democratic society is free speech, an ideal that traces its origins all the way back to ancient Athens. It is a cornerstone of our society and one of the markers of the land of the free. It is disturbingly ironic that IWS has taken this perennial symbol of American freedom and twisted it into a pulpit for hatred and oppression. After all, free speech is nonexistent in a place like Gaza, where Taleb’s vaunted Hamas rules.

We cannot permit radical jihadists to utilize our most sacred values to support their perverse outlook. We should not welcome them into our country, and must deny them the microphone they seek to spread their hateful vitriol. Proponents of this radical Islamist mindset view the West as a “kurrfars,” or infidels who aren’t worthy of life unless they submit themselves to Islamic law as subjugated “Dhimmis.” We must use our freedom of speech to shed light upon and denounce this vulgar hatred.

We simply must not allow freedom of speech to be used against America to recruit new adherents to the warped ideology of terrorism. There is no easy way around this. We need to defend our Constitutional right to speech— yes, even speech we find detestable, but we also must protect our nation and our people from the scourge of terrorism.

Most Muslims in America may be good citizens who renounce violence. However, organizations like the ISW, the Council on American-Islamic Relations (CAIR) and the now-defunct Holy Land Foundation have proven themselves terrorist sympathizers at best and terrorist co-conspirators at worst. If we cannot find a way to cut off the radical indoctrination these organizations espouse, then we could be facing a bloody future that looks more and more like Europe in 2016.