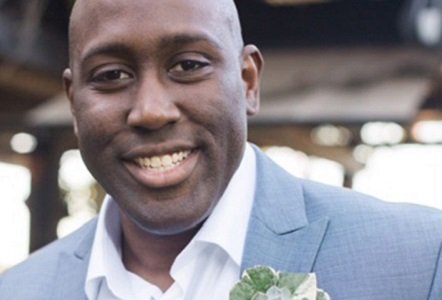 Marlon Marshall, who serves as director of state campaigns and political engagement for Clinton, is as seasoned as any individual in any political camp. (Marlon Marshall)

(NNPA) — As the presidential candidates sprint towards the November 8 election, the Clinton campaign has turned to seasoned, Black political strategists to boost voter turnout in the African American community.

“We have a theory,” Garnett said. “You have to meet people where they are. Where they eat, where they play and pray. We want to make sure that the African-American community understands the secretary’s commitment and I don’t think people fully understand her story.”

Garnett has displayed her skills in ways that few have. In addition to serving as national political director for the Center for Community Change, Garnett was also special advisor in the Office of Presidential Personnel at The White House.

She also served as eastern state director for The Atlas Project, a political research and data firm that works with electoral and issue advocacy campaigns. There, she coordinated campaign staffers, political consultants, and state experts regarding their role in developing, managing and executing campaign plans in presidential election years, according to her bio.

Marlon Marshall, who serves as director of state campaigns and political engagement for Clinton, is as seasoned as any individual in any political camp.

“I’ve been blessed to be a part of this and I’m proud of our team,” said Marshall, 36. “Thirty-seven percent of our team out there in the states are people of color. We work hard to hire people who look like us.”

Marshall’s colleague, Garnett is also far from a political novice.

Garnett has worked with pollster Cornell Belcher at his Washington, D.C.-based Brilliant Corners and Garnett once served as a field director for the Democratic Congressional Campaign Committee’s Independent Expenditure.

Together, the new hires could be viewed as the face of the Clinton campaign in the Black community. But, they also do much more in trying to help the former First Lady and Secretary of State become the nation’s first woman president.

They are Clinton’s eyes and ears and they lead her efforts to make sure her message is known in every state, including where the assumption is that the GOP will ultimately carry that particular territory.

Once a key White House aide, Marshall has remained the highest-ranking African-American staffer on any presidential campaign. He organized for John Kerry in 2004, joined Clinton’s campaign in 2007, and then worked on both of Barack Obama’s campaigns.