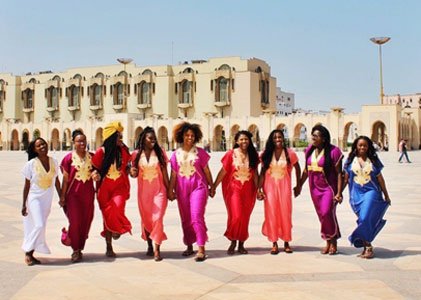 Many colleges and universities offer students the opportunity to travel abroad for study and enrichment. Spelman College is among the colleges that encourage a global perspective. Spelman, a four-year liberal arts women's college is part of the Atlanta University Center academic consortium in Atlanta, Georgia. Spelman is one of the HBCU's that attracts students from the Baltimore area.

Ciana Robinson, a junior mathematics major exclaims, "I fell in love with the students and the school while visiting during the admitted students weekend called Spel-bound. I believed that I could get a true balanced education at Spelman." Ciana is the daughter of Cecil and Donna Robinson. 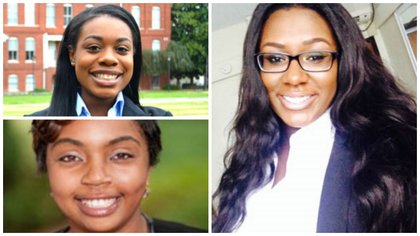 Another junior, Jaela Clark, a fourth generation Spelmanite, felt the Spel-bound experience offered a real glimpse at college life which made her feel that she wanted to be at Spelman.

Spelman College does not currently have any of its own semester or year programs overseas, instead the college uses several major U.S based study abroad programs to fill the needs of Spelman students. Cross-cultural travel provides students an immersive experience that helps them discover a new culture, gain confidence and learn to see the world with fresh eyes. The mission of the Spelman programs is for students to gain intercultural leadership skills and a deep understanding of another culture through interactions with its people.

During the spring semester senior Ashia Ryan, Jaela Clark and Ciana Robinson arrived in Morocco ready to explore the culture and uniqueness of the country. They were in Rabat, which is the capital of Morocco.

The students received an hour of Arabic daily the first week, which proved very useful during their excursions and city adventures. There were language exchanges discussions daily and observational experiences.

Ashia Ryan, a political science major, daughter of Shreen and Russell Ryan states "I am grateful for my experience abroad in Rabat, Morocco because it not only opened my mind but it opened my heart and spirit to the endless things there are to learn and see in the world."

"My trip to Morocco was so wonderful. The view and scenery were almost as wonderful as its people. From the many blue taxis to the haunts (corner stores) to walking through the Medina, the memories are endless," said Jaela Clark, daughter of Larisha and Derrick Clark.

These young college women agreed that they had to step out of their comfort zones to live in a different culture. They realized just how privileged they are as Americans and black women. The trip forced them to recognize stereotypes about North Africa and to help shatter preconceived ideas about Americans.

Ciana said it best in acknowledging that that the "Moroccan people were hospitable and altruistic."

Overall, the students were extremely grateful for the experience and will continue to include world travel in future plans.