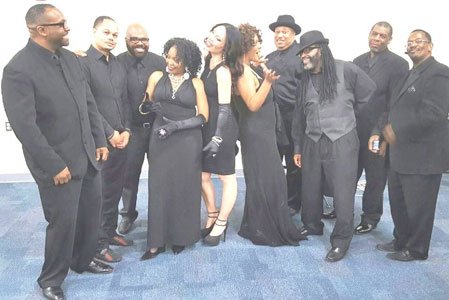 Signature Live will perform at Franklin Square Park on Saturday, August 13, 2016 at the Ruth M. Kirk Family Fun Festival along with other musicians, including: Nevita & Company and Simply Black band & singers and on Sunday, August 14 from 12 noon until 8 p.m., live entertainment will be provided by M.C. Booze, Rebirth, Bobby Rucks Band and the Spindles.

Hello friends and fans, a lot is going on this week, especially involving the young folks in our community. For example, 11-year-old Anthony Michael Hobbs who began acting at age eight has already racked up many awards for his skills, especially from his supporting role project for PBS, “The American Experience; The Abolitionist,” which received an Emmy Award nomination for “Outstanding Documentary or Non-Fiction Series. 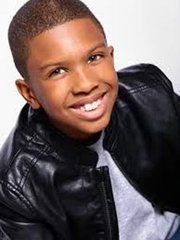 Eleven-year-old Anthony Michael Hobbs wrote, produced and directed “Naga Pixie,” a film for kids, which was accepted and screened at ten film festivals across the country. A red carpet special movie screening will be held in his honor for “Naga Pixie” at the Arbutus Volunteer Firehouse Community Hall located at 5200 Southwestern Blvd. on Sunday, August 14, 2016 from 11 a.m. to 2 p.m. The event is free and open to the public. Hobbs is the grandson of Baltimore Times Columnist, Eunice Mosley.

This young man played young Frederick Douglass at age six. The story about this young man goes on and on. The public is invited to the red carpet screening event to meet this special young man from our hometown on Sunday, August 14, 2016 at the Arbutus Volunteer Fire Department Community Hall located 5200 Southwestern Blvd. from 11 a.m. until 2 p.m. The event is free!

My goodness gracious! We have two more children who are doing outstanding work with their musical talent. They have performed all over the Baltimore and District of Columbia leaving a name for themselves playing their saxophones. 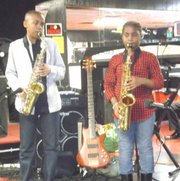 The very talented siblings Ephraim and Ebban Dorsey who are 12 and 13 years of age respectively and the winners of 2015 Rosa Pryor Music Scholarship Fund will head up their own show with one of the “baddest” groups in Baltimore, Greg Hatza, Robert Shahid and Brian Kooken as their back up band at the Caton Castle Lounge, 20 S. Caton Avenue on Saturday, August 13 from 6-10 p.m. For ticket information call 410-566-7086.

They also play other instruments including keyboards. Ephraim and Ebban Dorsey at the age of 12 and 13 years old have played with some of the top local and national musicians in many concerts and jazz jam sessions. It is a must to go see these two little ones. This brother and sister team is awesome! Thanks to their parents for taking a strong interest in their education with both of them at the top of their class with honors and they still find time to be professional musicians. Well done!

There is one more thing I want to mention before I leave you and that is to remind you about the “New Africa Festival” which will take place on Saturday, August 20, 2016 at Druid Hill Park from 12 p.m. until 8 p.m. at the Sundail Pavilion. The event is free and there will be something for the whole family, including vendors and live entertainment! It’s picnic style, so bring your folding chairs and enjoy. The event will be hosted by Reggie Wells (Oprah Winfrey’s former make-up artist) and yours truly “Rambling Rose.” I will be signing my books! You will be entertained by Ms. Shay, First Impression, “Baltimore Heat” and “Mann,” formerly of the Softones. I will see you there.