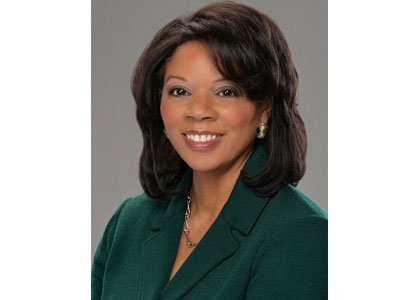 (NNPA) — Good physical and mental health help drive success and enjoyment in our lives. But when it comes to overcoming some of our society’s biggest health challenges – from HIV/AIDS to cancer to diabetes to behavioral health issues – the African-American community unfortunately shoulders a disproportionate share of the burden. As our nation increasingly deals with violence, suicide and depression, it’s important to take a close look at the state of Black mental health in America.

The National Institute of Mental Health estimates that one of every five adults in the U.S. — some 43 million people — will experience mental illness this year. African-Americans are far from immune. In fact, Blacks are more than 20 percent more likely than Whites to report having serious psychological distress. For people of color living in poverty-stricken neighborhoods, where rates of homelessness, incarceration, substance abuse and violent crime are higher, the risk of mental illness is compounded.

One of the challenges African-Americans with mental health issues continue to face is an imbalance in health insurance coverage. While the Affordable Care Act has caused the uninsured rate among Blacks to decline by close to 10 percentage points between 2013 and 2016, it remains almost twice as high as the uninsured rate for non-Hispanic Whites. There is also a lack of African-American mental health professionals who can deliver culturally competent care for illnesses that are often deeply personal and can be the subject of stigmatization. According to a 2014 survey, less than 2 percent of American Psychological Association members are African-American.

These disparities are unacceptable. It is clear that we must make mental health equity a guiding principle and an utmost priority. As Ascension’s President and CEO Anthony Tersigni recently stated: “Insurance coverage for the treatment of these disorders has long been discriminatory compared with coverage for physical diseases. In 2008, the federal government essentially legislated that there be parity between mental health coverage and physical health coverage, but the intended changes have been problematic and slow in coming.”

On the part of healthcare providers, addressing this challenge means promoting and expanding access to affordable mental and behavioral healthcare — care that recognizes the stressors that African-Americans experience and provides solutions that are culturally competent. For our part, we have established behavioral/mental health as a dedicated priority service line across our national healthcare system.

This work demands continued investment in community health centers, which are vital to serving high-need minority neighborhoods. And it requires that we go beyond the traditional scope of care by addressing the socioeconomic needs that contribute to mental health, including access to affordable housing, food security and more.

Going beyond the traditional scope also means that our nation must address the care of our military veterans. Current statistics reveal that 18 to 22 veterans die by suicide each day in America because of their unique mental and behavioral health needs. Some of these veterans are African-Americans; we must do more to help all vets. That’s one reason for Ascension’s participation in the federal Veterans Choice Program, which was formed to improve the quality and access of care to veterans nationwide.