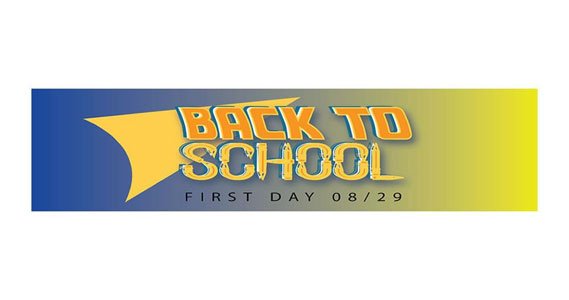 BCPS “Back to School” logo created by Tyjay Jenkins, a student at Digital Harbor High School

The Baltimore City Public School system does not always receive the most positive feedback due to a lack of programming to productively foster educational growth for the city’s students. 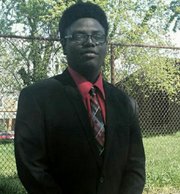 Oftentimes, youth experience distractions that may lure them from the importance of furthering their education. However, despite the odds, many of the city’s youth are defying those odds and are headed for brighter futures.

Born and raised in West Baltimore to loving parents Tasha and Jerome Jenkins, Tyjay grew up in a very nurturing environment, which often protected him from distractions that would deter his focus.

“I feel as though Baltimore City Public Schools are structured in a way to help you succeed [but] you just have to be willing to maintain your focus. Going through middle school and high school, I felt everything that was offered to me [has] prepared me for the next level,” Tyjay said.

Although Jenkins has had a good experience with the city’s school system, he believes that changes could be made to help more students succeed academically.

“I feel there could be more academic structure in the classrooms. Sometimes, I feel in some of my classes there could be more interactions from the teachers with students [who are] having a hard time understanding that particular subject,” said Tiyon, Tyjay’s younger brother. Tiyon will attend Douglas High School as a freshman this year.

Tyjay has excelled at Digital Harbor High School. He has earned various certificates in computer programs, including: Adobe Photoshop CS6, Adobe Illustrator and Adobe Creative Cloud. He was the only student at Digital Harbor to receive two Adobe certifications.

Digital Harbor High School has also allowed Tyjay to present his creative talents as the school’s premiere DJ. He has mixed for the junior and senior prom, as well as annual homecoming festivities. This experience has inspired Jenkins to pursue a career in music production and graphic design professionally.

“There were only a few students who joined the club, but mostly myself and another student, Austin attended regularly. Mr. Gavin, our former English teacher at the school, managed the club and made sure we had the proper equipment to perform at events,” Tyvan said.

It is programs like the ‘DJ Club’ that not only keeps students active creatively, but also lends a hand in cultivating the careers of future leaders.

Tyjay, a senior, recently completed a summer job assignment with “YouthWorks” as a media producer for the Leadership in Media Production Program. The goal is for students to learn, develop and produce projects such as public service announcements, news reports and promotional spots for Baltimore City Public Schools on Educational Channel 77.

Under the leadership of Jim Mahjou- bian, the video production coordinator, students created advertisements and promotional “Back to School” content for the upcoming 2016-17 school year. The logo created by Jenkins is featured on Baltimore City Public School’s website homepage and Facebook page.

“I believe if students continue to strive for the best, opportunities will present [themselves]. Nothing ever comes to a person unless they make it known that they can persevere through any challenge that comes their way. Regardless of the circumstances, never let anything stop you.”