Leslie Jones, black women have your back 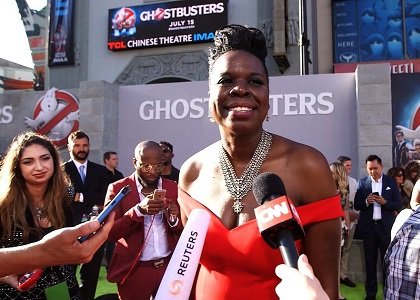 (CNN) — We were in second grade. And I can still feel the dirt in my hair, falling down my face. Still hear the bullies screeching like monkeys, calling me "Rocky," after the old African gorilla at the local zoo. Nearly every week for a time, the kids in my neighborhood would chase me home with their monkey taunts.

That gorilla chant found me again nearly 30 years later on the cobblestone streets of Spain, where I was vacationing at a mountain villa. A group of white men decided to chase my son and me down the street making monkey noises. At first, I laughed, stunned by their ignorance and because they looked so ridiculous curling up their arms making money sounds, but then I saw they were serious and meant to do us harm. Then we ran -- fast.

So you see, little black girls are taught at a tender age how to defend ourselves against racist, woman-hating thugs, against those who would do us harm. We learn to sniff out bigotry before it can crush us. And we understand that we are all Leslie Jones. We will not let you destroy her. Not this time.

Leslie Jones, you are not alone.

Leslie Jones is an actor. On Wednesday, her website JustLeslie.com was deactivated after hackers posted personal information, including her home address and passport number along with explicit photos that appeared to be of the comedian.

Jones had just completed a hugely successful and entertaining stint as a guest commentator at the Olympics in Rio, where she breathed life into a boorish NBC broadcast. But it seems Jones' celebrity and her refusal to cower to cyberbullies has made her a target once again online. Since starring in the "Ghostbusters" remake earlier this summer, the actress has become a favorite of social media trolls.

Jones rightfully challenged Twitter's abuse monitoring system months back after she was the target of a flood of hateful, racist, misogynistic tweets. Twitter's response was to ban Milo Yiannopoulos, a columnist and alt-right agitator who encouraged Jones's Twitter harassment.

"If I hadn't said anything [about the abuse], nobody would have known about this. All those people would still have an account. ... Hate speech and freedom of speech are two different things," Jones told Seth Meyers in an interview after the first cyberattack.

And today, fans are rallying around Jones to help her remain strong in the face of these new assaults. Yesterday, immediately after the latest cyberattacks became public, fans and celebrities began offering support using the hashtag #LoveForLeslieJ. But clearly, tweets are not enough.

At this moment, more than at any other -- in my lifetime at least -- we have to stand up, act up and speak out against racist, sexist behavior whenever we see it, whether at work, at home, in our government, or now more often on our social media feeds.

Because this is personal.

When these vile cowards attack Leslie Jones, they attack all black women --- every woman --- who has ever been told she doesn't fit into Western society's made-up definition of woman's beauty. No one has the right to define us, or our bodies.