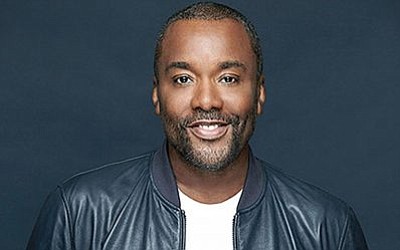 (NNPA) — The Black AIDS Institute’s Heroes in the Struggle Gala and Award Celebration honors, in a star-studded event and photographic tribute, individuals who, over the past year, have made a heroic contribution to the fight against HIV/AIDS.

He is the Academy Award winning filmmaker of films like PRECIOUS: BASED ON THE NOVEL PUSH BY SAPPHIRE, THE PAPERBOY, LEE DANIELS’ THE BUTLER and MONSTER’S BALL, and the producer of the hit television series EMPIRE and the soon to be released STAR on Fox, but since the earliest days of the epidemic writer/director/producer Lee Daniels has also been an HIV/AIDS activist.

“People know me as Lee Daniels the filmmaker. But they don’t really know of my early beginnings when I had a nursing agency prior to that, as I was directing theater,” says Daniels, 56. “I had the first nursing agency under contract with AIDS Project Los Angeles over 30 years ago. I had people taking care of people with HIV, because people didn’t want to touch them. So I lived on the front line. That’s a whole different life and something I’m really proud of.”

After a prodigious career that brought us films like SHADOW BOXER and THE WOODSMAN, in 2009 Daniels brought to the big screen an AIDS story that no one wanted to talk about through the character of 16-year-old Claireece Precious Jones, played by then-newcomer Gabourey Sidibe, who learned that her father had died of AIDS and that she was HIV positive. “It began a conversation that had not been had until then—at that point it was considered a White gay disease, for sure,” Daniels says, recalling his own surprise upon discovering so many Black women and children when he visited Gay Men’s Health Crisis in New York City to do research. “I wanted people to understand that it wasn’t just a gay man’s disease, but it was an epidemic that affected the African American community in a very big way—way beyond the gay sphere.”

PRECIOUS was nominated for six Academy Awards, including nominations for Daniels in the category of “Achievement in Directing” and “Best Motion Picture of the Year,” and wins in the categories of “Best Performance by an Actress in a Supporting Role” and “Best Writing, Adapted Screenplay.” The film won the Best writing, adapted Screenplay Oscar, and an Oscar for former Heroes in the Struggle honoree, Mo’Nique, Best Supporting Actress.

Daniels was the first African American to be nominated for a Director’s Guild of America Award for “Outstanding Directorial Achievement in Feature Film” on behalf of PRECIOUS. The film won both the Grand Jury Prize and Audience Award in the U.S. Dramatic Competition at the 2009 Sundance Film Festival, only the third film in Festival history to do so. It was also nominated for three Golden Globe awards including “Best Picture Drama,” and was nominated for eight NAACP Image Awards, six of which it won, in categories including “Outstanding Motion Picture” and “Outstanding Directing in a Motion Picture, Theatrical or Television.” The film also garnered a total of five 2010 Independent Spirit Awards, including “Best Feature” and “Best Director.”

In 2012, Daniels wrote, directed, and produced THE PAPERBOY, with Matthew McConaughey, Nicole Kidman, John Cusack, David Oyelowo and Macy Gray. The film, about a reporter’s return to his Florida hometown to investigate a case involving a death row inmate, peeks into the fluidity and situational nature of sexual orientation and the unique rules that apply to Black men in our society.

“I’m a gay Black man. Everything I do, everything I say, everything I utter—my work— speaks to that. Even in a subliminal way, I can’t help but to articulate who it is that I am,” Daniels says. “Whether it’s Jane Doe walking down the street, I’m going to give you the perspective of a gay, Black man—that’s the lens that I see. So, EMPIRE and everything you ever see of any of mine—BUTLER, PRECIOUS, MONSTER’S BALL—is from that perspective. I’m winking at the camera.”

MONSTER’S BALL, was Lee Daniels Entertainment’s feature film debut, and made Daniels the sole African-American producer of an Oscar-winning and Oscar-nominated film.

Probably Daniels’ most biographical work is his hit television show EMPIRE on Fox. In one scene during season one, Lucious Lyons, portrayed by Terrence Howard, is so outraged that his son Jamal is gay he literally throws Jamal into the trash. Daniels’s own father, Philadelphia police officer William Daniels, was killed in the line of duty. He speaks openly about how his father tried to beat the gay out of him.

As someone who has been involved in the HIV/AIDS epidemic in his life and his art, Daniels worries about the current cultural and political climate. He recalls the 1980s—the fear, the stigma, the waiting for the other shoe to drop, the wondering when it was going to be him.

“Everyone was dying around me—all of my friends. None of them did anything I did not do and more,” said Daniels. “It could have been me. That thought is never far from my mind.”

The reality of the new administration casts a pall over Daniels’ hopes to end the HIV/AIDS epidemic. The election of Donald Trump has brought a lot of those feelings rushing back.

“It has been a very long time since I felt that scary feeling, where, OMG, I’m looking over my shoulder and wondering what are we going to do?” said Daniels.

Daniels continued: “If you had asked me prior to Trump’s election, I would have said yes we could have ended AIDS in my lifetime. But I don’t believe that’s going to happen now.

Daniels said that more people need to become activists, advocates and volunteers in the fight against the AIDS epidemic.

“We need to contribute our talent, our wisdom, and our dollars,” said Daniels. “For example, one of my priorities is raising money for the Black AIDS Institute. No matter who we are or where we are, we have to do our part.”