2016 great for black cinema, but don't kill off #OscarsSoWhite 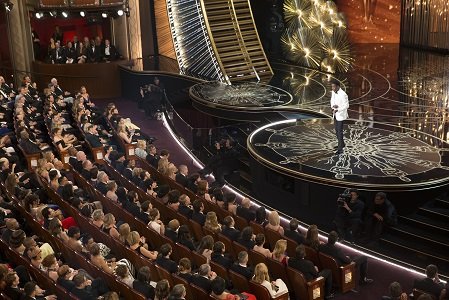 (CNN) — Gil Robertson has no problem saying that 2016 has been "the best year ever in terms of the diversity of content for black images, black stories in cinema."

"[2016] has really offered us a little bit of everything," Robertson, the co-founder and president of the the African American Film Critics Association (AAFCA), told CNN. "Everything from drama, romance to comedy. In every way, it has been superlative."

From critically acclaimed films like "Moonlight" and "Loving," which have been pegged as Oscar contenders, to television shows like "Atlanta" and "Insecure," AAFCA co-founder Shawn Edwards said this year has been as much about quality as quantity.

Edwards noted a slight increase in diversity off screen, as well.

But don't retire that #OscarsSoWhite hashtag just yet.

On Thursday, Mashable found itself the target of Twitter vitriol after declaring in a tweet about an Oscar story that "We've canceled #OscarsSoWhite for 2017 with half the field poised to be actors of color."

The site offered a mea culpa in a subsequent tweet which read, "We apologize for a thoughtless tweet that appeared here earlier. We made a mistake and we've since removed it. We can and will do better." Mashable also added an editor's note to their original story, but the damage was done.

April Reign, creator of #OscarsSoWhite, begged to differ and created #MashableCancels, which then trended.

Robertson said there's still more work that needs to be done to make Hollywood more inclusive -- including expanding opportunities and recognition for women, Latinos, Asians and LGBTQ people in the industry.

"We are hopeful that the trend will carry over to 2017," he said. "We are all Americans and we all contribute to the bottom line."