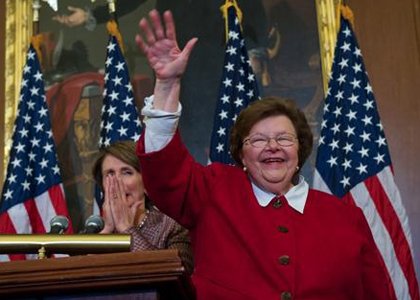 On Monday, March 2, 2015, U.S. Senator Barbara Mikulski announced that she is retiring. Mikulski has served longer in Congress than any other woman in history. (Courtesy photo)

WASHINGTON, DC — On Wednesday, December 7, 2016, U.S. Senator Barbara A. Mikulski (D-Md.) spoke on the Senate floor summing up her service in the United States Congress on behalf of the people of Maryland and the nation.

Sen. Barbara Mikulski (D-MD) delivered her final remarks on the Senate floor. She talked about her 45 years in elected public office and thanked her staff, constituents and more.