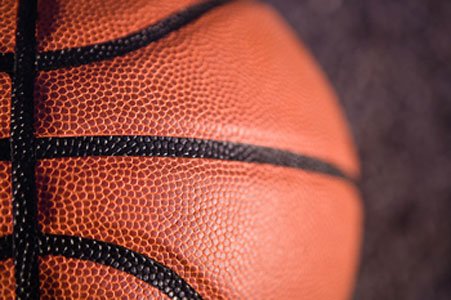 CORVALLIS, Ore. - Savannah State snapped a five-game losing streak with a 93-90 overtime win against Oregon State, in a game played at Gill Coliseum, before a crowd of 4,268.

GRAMBLING, La. - Shawn Prudhomme scored 17 points on 6-for-11 shooting to lead Southern to an 86-50 win over Ecclesia College on Sunday.

The Royals were feisty early on, drawing the first points and holding the lead twice over the first six minutes. The Jaguars turned it in their favor for good following a 6-0 spurt capped by Sam's jumper that made it 13-9 with 12:04 left in the opening half. From there, Southern steadily pulled away as it snapped a two-game slide.

Jared Sam added 14 points to go with 11 rebounds for Southern (4-5), Trelun Banks had 11 points while dishing out 11 assists and JaMarcus Weatherspoon also finished with 11 points. The Jaguars hit 36 of 70 from the field for 51.4 percent shooting.

NaJai Pollard was the only Delaware State player to score in double figures with 15 points on 6-of-10 shooting. She also led all players with 10 rebounds to record her fifth double-double of the season and 13th in 36 collegiate games.In addition, Pollard tied her career-high with five blocks in the contest.Mikah Aldridge and Aaliyah Davis added seven points each for the Lady Hornets

HOUSTON, Texas – Texas Southern came up short in a come from behind effort in a 52-49 loss to Rice on Sundayafternoon. Joyce Kennerson led the Tigers with 11 points along with seven rebounds in the loss.

Texas Southern (5-3) would keep the game close throughout the first half, trailing by just two points, 11-13 after the first quarter. The Tigers would trail by just four points, 24-28 at the half. Texas Southern let the game get away from them in the third quarter, being outscored 16-9 in that frame for a 44-33 deficit heading into the fourth. The Tigers would mount a serious comeback in the fourth quarter, outscoring Rice 16-8. However, Texas Southern could not complete the comeback, resulting in the loss.

Texas Southern will be in action again on Dec. 18 when the Tigers travel to TCU. Tipoff is slated for 1:00PM CT.

NATCHITOCHES, La. – Jackson State fell to Northwestern State 83-65 on Sunday, the third consecutive loss for the Tigers. Kierra Adams recorded a game high 17 points along with four boards in the defeat.

Jackson State (3-3) fell behind early, being outscored 22-10 in the first quarter. The Tigers would answer in the second, outscoring Northwestern State 25-15 to cut its deficit to two points, 35-37 at halftime. JSU would let the game slip away in the second half, being outscored 24-17 in the third quarter, and 22-13 in the fourth, resulting in the loss.

The battle on the glass was a big factor in this one. Jackson State would be out rebounded 36-50 as a team and 18-33 on the defensive end.

Next up, Jackson State will host Southeastern Louisiana on Dec. 13 at 6:00PM CT.

The HBCU Round-Up is compiled by Phinesse Demps. Phinesse Demps can be contacted via phone: 410-366-3900 or email.: pdemps@btimes.com. Also follow on Twitter: @pdemps_btimes.