'Fences' cast on the power of the film 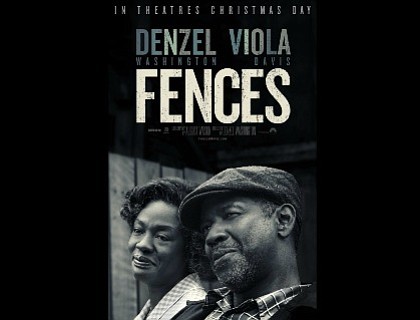 For Denzel Washington, the struggle to bring "Fences" to the screen may have been more difficult than actually starring in, producing and directing the movie. "[August Wilson] wrote a great play and we just tried to take care of his work," Washington told CNN. Fences movie

(CNN) — For Denzel Washington, the struggle to bring "Fences" to the screen may have been more difficult than actually starring in, producing and directing the movie.

"[August Wilson] wrote a great play and we just tried to take care of his work," Washington told CNN.

Washington and his film are generating Oscar buzz.

"Fences" has been nominated two for Golden Globes and three Screen Actors Guild Awards. Washington's costar Viola Davis has already nabbed a Critic's Choice Award for her work in the film.

Based on Wilson's Pulitzer Prize-winning play of the same name, "Fences" is the story of a father struggling with race relations and his life circumstances in 1950s America.

Wilson died of liver cancer in 2005 at the age of 60 but his work remains timely.

The film version of "Fences" had been in the making for years.

Washington and Davis reprise their roles from the 2010 Broadway revival of the play, as does Mykelti Williamson as Gabriel Maxson and Stephen McKinley Henderson as Jim Bono.

Williamson used words like "rewarding," "special," "privileged" and "exhilarating" to describe working on the project.

"That journey means so much to me because this is a rare occasion to go from Broadway with the same author and same material and take it to screen," he said. "It's something that Denzel fought for, made happen. Sometimes studios go with what's hot and Denzel was having none of that, he said 'This is hot and you just got to let me do it the way I do it.'"

Henderson, who plays Maxson's best friend Jim Bono, said despite working together on stage, the film version was fresh.

"We all found new things and rejoiced in each others work," he said. "We were absolutely humbled by it and we didn't take anything for granted."

"If you jump in the ring with August Wilson thinking you know you will get socked right in your face," he said. "Because the language is that powerful. You've got to be ready."

Newcomer Jovan Adepo plays youngest son Cory Maxson, a young man who wants better for his life than his parents have achieved.

Adepo, who has starred in the HBO series, "The Leftovers" said he treated working on "Fences" as a "master class" in acting.

"Getting to learn...and be able to directly apply it in my work and take things that I can use in the rest of my career," he said. "It's been a blessing."

Washington said he felt blessed to bring the film to screen. His hope is that it leads to greater recognition of Wilson.

"One thing I hope they recognize and appreciate is the brilliance of August Wilson," Washington said. "He's one of the greatest American playwrights."

That tie to Wilson is strong, Henderson said, and the writer's spirit could be felt on set when the cast filmed.

"I think August would be very pleased," Henderson said of the film.