Singing Sensations captivate audiences in Baltimore and beyond 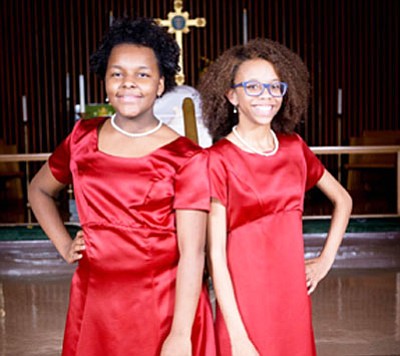 Noelle Bradford (left), a member of the Singing Sensations Youth Choir, died in a car crash while heading to a concert rehearsal. She is pictured with her best friend Zariah. A moment of silence was held for Bradford during the December 18, 2016 concert and the choir sang “The First Noel” in her memory. Courtesy Photo

BALTIMORE — Many of the members of the Singing Sensations Youth Choir come from challenging backgrounds. Ranging from five to 18 years old, many of them have triumphed over insurmountable obstacles in the face of poverty. However, despite the difficulties they have experienced so early in their lives, they have a strong desire to sing and perform.

A music teacher assembles them all, and the choir goes on to achieve local, national, and even international acclaim. They have traveled to Africa, Trinidad, Canada and dozens of other destinations to perform. While this reads like a short synopsis of a play or movie, these characters are real, and if a title were given to their real-life production, it would be called the “Singing Sensations Youth Choir directed by Dr. Hollie Hood-Mincey.” 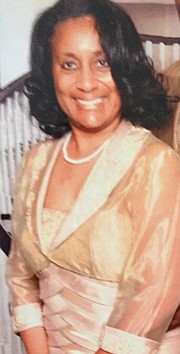 Hood-Mincey founded the choir with the goal of exposing youth in the Baltimore Metropolitan area to the diverse and multifaceted aspects of the performing arts. Today, the Singing Sensations Youth Choir is a nonprofit organization comprised of approximately 50 youth.

“It has been a lot of hard work but I have seen our children develop socially, emotionally, academically, professionally, and musically,” Hood-Mincey, a music teacher for Baltimore City Public Schools.

As a teacher at Furman L. Templeton Elementary School, Hood-Mincey worked with students from impoverished neighborhoods and low-income households, who love music. She asked the school’s principal if she could start a choir and was granted her request.

Not long after the choir’s assembly, The Sun Newspaper published an article about the choir written by columnist Gregory Kane.

“People started sending in donations, and we were able to buy instruments, travel and do 22 concerts. We are still going strong today,” said Hood-Mincey.

Hood-Mincey says sponsorship is needed to keep the mission of the organization moving forward.

“My ultimate goal is to take these kids to every continent so they can see the world. I would also like to see them on the Stellar Awards,” she said.

Most recently, the Singing Sensations presented “One Sound, One Season, One Savior,” on Sunday, December 18, 2016 at FCF World Outreach in Owings Mills, Maryland. Hundreds attended the concert and the proceeds benefited the choir’s scholarship fund.

During the concert, a moment of silence was held for a fellow choir member, Noelle Bradford. The 12-year-old Sumter, S.C., resident died tragically in a car accident on Saturday, December 17, while traveling to Baltimore for rehearsal. Johnathan Cruse, 28, who was traveling in the vehicle also perished in the accident. The Singing Sensations Youth Choir sang, “The First Noel” in her memory.

The Christmas concert was one of the organization’s two annual fundraisers. The next will be a Black History Month concert that will take place at Morgan State University in February.

“When people come to see them perform, many ask, ‘How do you keep 50 kids sitting like that?’” said Dr. Hood-Mincey. “I tell them that we teach the children about presence and being excellent. These kids are like my family. Some of these children have lived with me. I fed them, dressed them and took them to school every day as if they were mine. The Singing Sensations Youth Choir is truly a ministry and more than a typical choir.”

The Singing Sensations Youth Choir is always open to additional performers. “We really don’t turn down any children,” she said. “We are trying to build character and confidence. Some of our kids came to us in a shell, and are now some of our best performers.”

Barbara Cooper a dedicated supporter of the choir, is always among their audience.

“They are very inspirational,” said Cooper noting that they were her favorite choir. “They are very well-disciplined children who come from all walks of life. They have some melodious voices. Dr. Hood-Mincey has taken them out of their environment and taken them all over the world.”

“The Singing Sensations Youth Choir was amazing,” she said. “I was blessed and inspired by them. Dr. Hollie Hood-Mincey and her vision is truly from God.”

For more information about the choir, visit: www.sensationalsingers.org or call Dr. Hood-Mincey at 443-622-4994.