The affront of Michael Jackson being played by a white guy 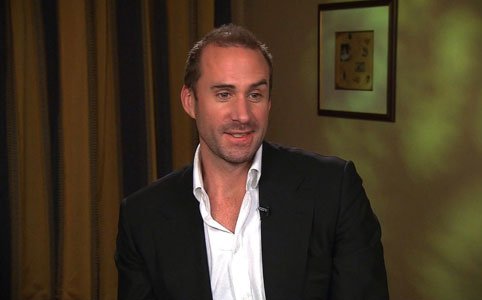 According to The Guardian, Joseph Fiennes will play the late superstar in a made-for-TV drama to appear on the British channel Sky Arts. The TV movie centers around a fabled road trip in which Jackson, Elizabeth Taylor and Marlon Brando tried to get home to Los Angeles from New York after the September 11 terrorist attacks (Photo: CNN)

(CNN) — You have to love the exquisite timing, at the very least.

Our ears are still ringing from the concussive noises and boycott threats after a second consecutive year of all-white Academy Awards nominees were announced only days ago. Now comes the disclosure that Joseph Fiennes, a white actor best known for playing the title role in the 1998 Oscar winner "Shakespeare in Love," has been cast to play another artistic icon: Michael Jackson.

No, this website didn't just morph into The Onion before your eyes. These are the facts: The British-based Sky Arts cable channel is scheduled to broadcast a road movie speculating on what might have happened if, as urban legend has it, Elizabeth Taylor, Marlon Brando and Michael Jackson, who were all in New York when the 9/11 terrorist attacks occurred, drove together back to Los Angeles.

Stockard Channing has been cast as Taylor, Brian Cox will play Brando and Joseph Fiennes will play the late, much lamented King of Pop.

News of what's now titled "Elizabeth, Michael & Marlon" detonated even louder noises of outrage, mostly from African-Americans who take it deeply, profoundly personally that one of their cultural heroes, the greatest song-and-dance man of the 20th century's latter half, will be portrayed by a nonblack actor.

Paraphrasing one tweet: "Let me get this straight. Idris Elba can't play James Bond, but it's OK for Joseph Fiennes to play Michael Jackson?" (Elba, whose performance in last year's "Beasts of No Nation," is considered by black and white movie fans as one of many egregious omissions from this year's Oscar slate, was for a while prominent among many British actors named as potential replacements for Daniel Craig in the 007 role.) Other reactions were far less polite -- and, by a considerable majority, outraged and affronted.

It IS an outrageous decision on more than a few levels. Then again, the whole project sounds outrageous, even with such a prestigious cast. It's not implausible that three outsized personalities such as Taylor, Brando and Jackson would have been compelled to carpool during a time when planes were kept on the ground. A lot of people who weren't icons, including yours truly, had to scramble for travel options in 9/11's immediate aftermath.

Fiennes has described the project as a "fun, lighthearted romp" while being "rather beautiful and poignant about their relationships." He also described his part in the project with what we'll characterize as typical British understatement, as "a challenge."

So far, it's hard to find anybody willing to speculate as to how Michael Jackson himself would feel about a white British actor assuming his persona for dramatic purposes. Likely he would have regarded any such performance as an imposition on his zealously protected privacy and would have insisted on near-absolute control over who was cast in the part.

And would HE have cast as black actor in the part? One pauses (for many reasons), but in the end, one must consider that, because he WAS Michael Jackson, he would have tried harder than others apparently did to find a black actor who could do the part justice.