What are the risks of drinking during pregnancy? 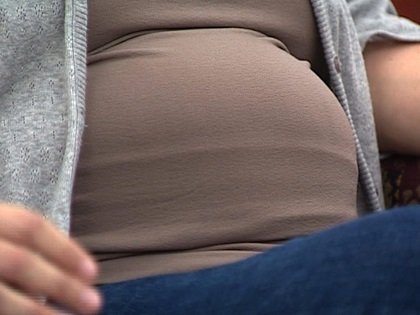 (CNN) — More than three million women in the U.S. are exposing their babies to alcohol during development -- because they don't know they're pregnant.

In a new report by the US Centers for Disease Control and Prevention (CDC), 3.3 million women were estimated to be putting their fetus at risk by drinking alcohol whilst sexually active and not practicing birth control.

The team analyzed data from the 2011--2013 National Survey of Family Growth and found that 3 in 4 women who want to get pregnant carry on drinking alcohol when they stop using birth control, with rates likely to be higher when pregnancies are unintended.

"About half of all pregnancies in the United States are unplanned, and even if planned, most women won't know they are pregnant for the first month or so, when they might still be drinking," says Anne Schuchat, Principal Deputy Director at the CDC.

But what harm does this cause to a developing baby?

Exposure to alcohol in the womb is one of the leading preventable causes of intellectual disability in children along with a range of developmental conditions known as Fetal Alcohol Spectrum Disorders (FASD). During the first three months, alcohol can lead to physical and intellectual disabilities, such as facial abnormalities. Risks to the central nervous system remain throughout the pregnancy.

"Alcohol can permanently harm a developing baby before a woman knows she is pregnant," says Schuchat. The report advises health practitioners to inform women to stop drinking as soon as they stop taking birth control.

Is drinking a norm?

The sight of a woman sipping a glass of wine during her pregnancy is common in many parts of the world and deemed by many to be socially acceptable.

A CDC report in 2015 found that one in ten pregnant women in the US reported drinking alcohol in the previous 30 days, and 3% reported binging -- classed as four or more alcoholic drinks in once session.

Some countries showed more alarming data: in a study published in the British Medical Journal, drinking rates were found to be as high as 80% during pregnancy in Ireland, and between 40% to 80% in the U.K., Australia and New Zealand.

The CDC warn there are no known safe limits of alcohol during pregnancy and highlight the risk of miscarriage, stillbirth, small birth weight, premature labor -- and FASDs.

"Alcohol compromises a number of systems that support the baby," says Philip May, Research Professor at the Gillings School of Public Health at the University of North Carolina, Chapel Hill. "[For example] nutrients like iron won't reach the fetus for proper development," he says.

May has been working on FASDs for more than thirty years and recent work by his team revealed surprising new estimates for the number of children affected by these disorders in the U.S..

"We have estimated rates of 2-5% in the general population and it's probably very similar for many countries in Europe," he says. Numbers are estimates for school-age children.