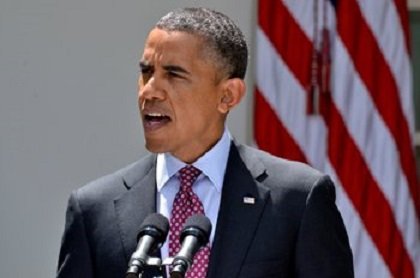 (CNN) — Seeking to rebut what he views as perilous election-year bombast about Muslims, President Barack Obama heads Wednesday to a mosque in Baltimore, his first visit to such a site in the United States.

At the Islamic Society of Baltimore, a 47-year-old mosque with thousands of attendees, Obama plans to herald the contributions of Muslims to American society while issuing a forceful counterpoint to the language favored by some Republican presidential candidates like Donald Trump, according to White House officials.

"We've seen an alarming willingness on the part of some Republicans to try to marginalize law-abiding, patriotic Muslim Americans," White House Press Secretary Josh Earnest told reporters Tuesday. "It's just offensive to a lot of Americans who recognize that those kinds of cynical political tactics run directly contrary to the values that we hold dear in this country. And I think the President is looking forward to the opportunity to make that point."

Obama has visited mosques in the past, but never inside the United States, which is home to 2.75 million Muslims, according to the Pew Research Center. Many Muslim groups have called for him to schedule a stop at a U.S. mosque as a public rejection of Islamophobia, the same way President George W. Bush did in the days after the September 11, 2001, terrorist attacks.

But for Obama, who continues to be dogged by conspiracy theories that suggest he himself is a Muslim (Obama is a Christian), a stop at an Islamic center proved far more complicated the first seven years of his term. A CNN/ORC poll in September found that 29% of Americans said they believed Obama was a Muslim, including 43% of Republicans.

In his final year in office, however, Obama has sought to use his public platform -- however waning -- to advocate against what he sees as dangerous threads in the political discourse.

"The President's trip is extremely timely. It couldn't have come at a better time," said Farhana Khera, the executive director of Muslim Advocates, who cited an uptick in vandalism at mosques, and violence against Muslims entering and exiting places of worship, as indications the time was right for a presidential visit.

During a meeting with Muslim community leaders in December, Khera lobbied top Obama aides, including senior adviser Valerie Jarrett and Deputy National Security Adviser Ben Rhodes, to schedule a visit for Obama to a U.S. mosque, an event the White House moved quickly to produce.

"Coming to a mosque is a public reminder that Muslims have been part of America since our nation's founding," Khera said. "My hope is that he may view this as an occasion to send the message that mosques are not breeding grounds for terrorism. This is not where ISIS is recruiting. Law enforcement sources tell us ISIS is recruiting online, not in our mosques."

Obama entered office in 2009 hoping to repair relations with Muslims abroad, who felt targeted after American-led wars in Iraq and Afghanistan and infuriated by the use of torture on terror suspects. Months after taking office, he fulfilled a campaign promise to deliver a speech to global followers of Islam, traveling to Cairo and insisting the U.S. seek a "new beginning" with Muslim countries.

While in Egypt he toured the Sultan Hassan Mosque alongside a veiled Hillary Clinton, then serving as his secretary of state. He's also visited mosques in Jakarta, in 2010, and Kuala Lumpur, in 2014.

In the subsequent years, however, new fears of homegrown attacks have emerged following the rise of ISIS and its dexterity in recruiting would-be terrorists online. Republican candidates have vowed to apply extra scrutiny to Muslims entering the country, and to tamp down on suspected extremist activities at U.S. mosques.

Those plans have earned Obama's ire. Along with his aides, Obama consistently groups much of the GOP field with the most outspoken proponent for religious screening, Trump. In December Trump proposed banning all Muslims from entering the country until better anti-terror measures were enacted.

The Republican proposals have prompted fears from U.S. officials that Obama's work toward repairing relations with the Arab world could be diminished by the increasingly loud rhetoric on the campaign trail.

Obama's response has been scathing, including remarks late last week at a retreat for Democratic lawmakers.

"We're not going to strengthen our leadership around the world by allowing politicians to insult Muslims or pit groups of Americans against each other. That's not who we are. That's not keeping America safe," Obama said, describing Republican rhetoric as "phony tough talk and bluster and over-the-top claims."