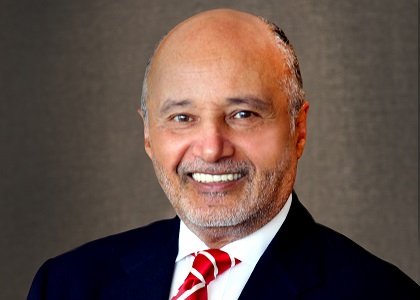 (NNPA) — Famed Baltimore Attorney William “Billy” Murphy Jr., has filed a federal class action lawsuit alleging a pattern of behavior by Michigan Gov. Rick Snyder, the mayor and other officials that Murphy said violated the constitutional rights of those who are being forced to pay for clean water but have never received it.

“The governor has to be held accountable,” Murphy told the NNPA News Wire in his first detailed interview about the lawsuit and the water disaster in Flint, where superstars like Aretha Franklin, Snoop Dogg, Diddy, Cher, Jimmy Fallon and others have been donating water bottles and funds to assist residents.

Those defendants breached their duties by knowingly, recklessly and callously providing a toxic water supply that’s unfit for human use and consumption, Murphy said. Making matters worse, officials insisted that the water was safe and fit and they knowingly, recklessly and callously refused to reinstate a safe water supply despite ample evidence that the water was highly toxic.

Murphy was joined in filing the suit by Flint-based attorney Val Washington, who said officials have for quite some time ignored the contamination.

Both attorneys said the actions were part of a conspiracy.

“In conspiring to commit these constitutional and other deprivations and intentional torts, by actively discriminating against ordinary citizens while, conversely, showing preferential treatment toward certain state of Michigan employees, who were specifically aware of the degradation of water quality in Flint and were provided with safe, portable drinking water alternatives not available to the general public; ignoring citizen complaints regarding the toxicity of the water supply; and, actively misleading [residents] regarding the dangerous health hazards presented without any process – whether procedural or substantive – to seek relief,” Murphy noted in the court filing.

Murphy said that the situation not only denied local residents their constitutional rights, but local and state officials conspired to effect that denial which is an act that is “far more insidious than mere interference with their contract rights.”

As noted in a recent Washington Post profile of Murphy, the 72-year-old has been the lawyer to call for more than 45 years.

The longtime criminal defense attorney is respected and feared as a litigator and he’s been able to secure multimillion-dollar settlements in police brutality and racial discrimination cases.

Last year, the Freddie Gray case in Baltimore again thrusted Murphy into the national spotlight. He continues to represent Gray’s family while prosecutors press on with criminal cases against several police officers involved in Gray’s death.

Last month, Murphy was asked to come to Flint by a group of local ministers, he said.

“I had heard about Mr. Murphy for years, because of his excellent national reputation. But I never thought we would get a chance to work together to right such a tragic wrong to my beloved Flint,” said Washington, a former Circuit Court Judge who also has roots in Baltimore.