African Americans should be especially aware of heart health 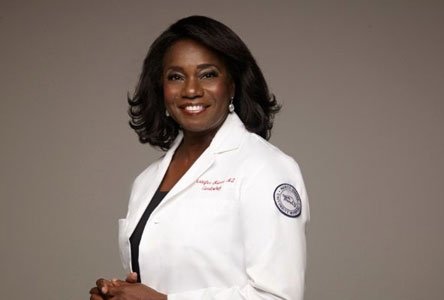 Cardiovascular disease, which includes heart disease and stroke, is the leading cause of death for men and women in the United States.

One of the focuses during American Heart Month, which is observed in February each year, is to encourage everyone to know their blood pressure, and if it’s high, to make control a top goal.

Further, only about 50 percent of African American women are aware of the signs and symptoms of a heart attack and that the impact of major cardiovascular risk factors combined is greater in women than men and in blacks than whites.

“Diabetes and high blood pressure may play the greatest role in leading to cardiovascular disease in women and blacks. Recent clinical studies have found, that significant disparities exist in regard to heart failure, with women of color being most disproportionately affected.” Mieres said.

Additionally, heart failure before the age of 50 is significantly more likely in blacks than whites, and the increase in heart failure incidence is likely due to untreated risk factors that occurred earlier in life, according to a medical study Mieres cited.

“Beginning in your 20’s, everyone should have a baseline risk evaluation and at your next checkup, ask your doctor about taking tests, (including BMI, waist circumference, blood pressure, cholesterol, fasting blood glucose and a discussion about personal risk for heart disease),” Mieres said.

Mieres says every woman 40 and older needs to get a heart disease risk score and those under 40, should know their blood pressure and cholesterol levels.

A nuclear cardiologist and senior vice president of the Northwell Health System’s Office of Community and Public Health, Mieres is the first chief diversity and inclusion officer for the system with oversight of the Katz Institute for Women’s Health in New York and several education and healthcare access programs.

The documentary, “A Woman’s Heart” earned Mieres an Emmy nomination.

The documentary, “A Woman’s Heart” earned Mieres an Emmy award.

She says some of the early warning signs that all should be aware of include: pain, pressure, squeezing or stabbing pain in the chest. Pain radiating to the neck, shoulder, back, arm or jaw and a pounding heart, a change in heart rhythm, difficulty breathing, heartburn, nausea, vomiting, abdominal pain, cold sweats or clammy skin and dizziness.

Women should also be aware of symptoms that include sudden onset of weakness, shortness of breath, fatigue, body aches or overall feeling of illness without chest pain and an unusual feeling or mild discomfort in the back, chest, arm, neck or jaw that’s not accompanied by chest pain.

“Heart disease is the leading cause of death among all women with black women at the highest risk,” Mieres said. “The American Heart Association’s ‘Go Red for Women’ campaign inspires women to make lifestyle changes, mobilize communities and shape policies to save lives.”