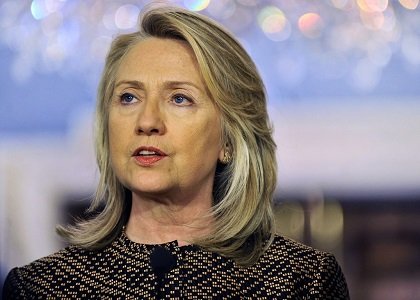 (NNPA) — While Sen. Bernie Sanders was in New York City dining with the Rev. Al Sharpton and courting the Black vote, Hillary Clinton scored a major coup in the nation’s capital by earning the endorsement of the Congressional Black Caucus Political Action Committee (CBC PAC), an organization that works to increase the number of African-Americans in the U.S. Congress and also supports non-Black candidates who champion the interests of minorities.

The CBC PAC also promotes African-American participation in the political process with an emphasis on young voters, a group that proved pivotal in President Barack Obama’s two election victories.

The organization, which is comprised of 46 powerful congressional members, noted that the Democratic Party and its constituents need a nominee with a track record of long, deep and varied service to underserved communities as well as a Democrat who has embraced diversity, with a detailed understanding of today’s world, and experience working to heal the global system.

In further outlining their criteria for an endorsement, CBC PAC members said they needed a Democrat who has put forward thoughtful, realistic proposals on the fundamental challenges facing our nation including health care, affordable housing, education, day care, women’s rights, infrastructure, voting rights, gun violence, criminal justice reform, foreign affairs, and trade all of which he or she must turn into legislation that can garner bipartisan support upon taking office.

“That Democrat is Hillary Clinton. As someone who consistently worked with the Congressional Black Caucus as a U.S. senator from New York, she supported legislation to ban racial profiling, prosecute hate crimes, and eliminate racial disparities in the healthcare system,” Meeks said as New York Rep. Charlie Rangel, Congressional Black Caucus Chair G.K. Butterfield and others stood by him as he made the announcement near the Democratic National Committee headquarters in Washington, D.C.

Meeks continued: “And she stood with us, consistently voting to raise the minimum wage, championing the Paycheck Fairness Act, and helping minority-owned small businesses. She’s been our partner long term, we believe she’s made a difference, and she has helped us and helped this country by helping elect Democrats across the board.”

One important distinction about the endorsement is that it did not come from the Congressional Black Caucus, that organization’s spokeswoman Candace Randall said.

However, the endorsement is still seen as vital as the candidates head to southern states like South Carolina, where African-Americans play a large role in the primaries.

Sanders, who won the New Hampshire primary last week, had breakfast with Sharpton in New York City at Sylvia’s Restaurant, a famous African-American eatery in Harlem.

“You can’t go to South Carolina and not deal with the Walter Scott case, not deal with gun control and the ramifications of the Charleston Nine,” Sharpton said in reference to the high-profile case of an unarmed black man being shot and killed by a police officer, and the attack on a black church last June that left nine people dead.

Sharpton said Sanders and Clinton must “earn” the Black vote.

Sanders did secure the nomination of famed African-American actor and activist Harry Belafonte who said the Vermont senator offers blacks a chance to declare unequivocally that there is a group of citizens who have a deep caring for where the nation goes. “I would suggest to those of you who have not yet made up your minds, or maybe even some of you who have made up your minds, to maybe consider and reconsider what it is that Bernie Sanders offers,” said the 88-year-old Belafonte.

Butterfield, himself a longtime activist who is in his second year as CBC Chairman, said the nation must have a president who is knowledgeable on both domestic and foreign policy.

“Black lives are being lost on the streets of America because of police misconduct and gang violence. We must have a president that understands the racial divide,” Butterfield said. “After considering the entire field, there is no question in our mind and in our minds that one single candidate – one – possesses the patience, experience and temperament.”