Former Baltimore gangster and "The Wire" inspiration dies in jail 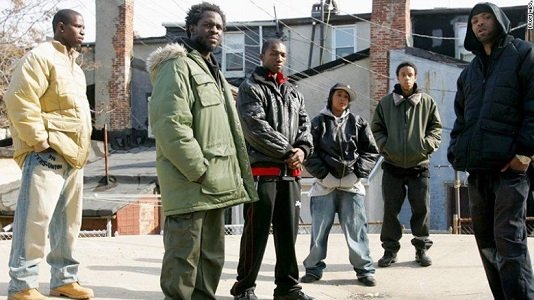 Characters from the HBO series, "The Wire". (Photo courtesy/HBO)

(CNN) — Nathan "Bodie" Barksdale, the inspiration behind the show "The Wire," has died in a federal prison. He was 54.

Barksdale passed away from natural causes after being sick for a period of time, a spokesperson for the Baltimore City Health Department, Sean Naron, told CNN.

Barksdale was a notorious criminal in Baltimore in the 1980s. According to the Baltimore Sun, he ran a violent heroin-dealing operation in the Murphy Homes public housing complex.

Barksdale is also said to be the inspiration for a number of key characters in "The Wire," the critically acclaimed HBO series that chronicled life in the Baltimore projects. He's specifically thought to be the true story behind the ruthless drug king pin character "Avon Barksdale."

In 2010, Barksdale released a DVD that dramatized his own life, entitled "The Avon Barksdale Story: Legends of the Unwired."

In the low budget documentary he is interviewed by Wood Harris, who played Avon in the hit series.

"In real life," the narrator claims, "he was one of the most notorious gangster drug kingpins Baltimore has ever seen. He was a magnet for violence."

In a series of on-camera interviews, Barksdale talks about his early days as a pickpocket in the projects and his progression into more violent crime. He was reportedly shot over 20 times and had to have his right leg amputated below the knee.

"I've been paralyzed, I was temporarily blind," he tells Harris. "It's horrible being shot."

But series creator David Simon told The Baltimore Sun that the two men were not one and the same.

"There are some anecdotal connections between his story and a multitude of characters," Simon said to the paper in 2013.

"We mangled street and given names throughout 'The Wire' so that it was a general shout-out to the west-side players. But there is nothing that corresponds to a specific character." The series did also feature a low-level dealer in the fictional Barksdale organization called "Bodie."

While never matching the audiences of other big HBO series, the authenticity of "The Wire" inspired a passionate following. It's portrayal of a morally gray universe, set against an equally gray Baltimore backdrop, regularly has it being cited by critics as one of the most accomplished television series ever made.

"I said to the man, just don't make me a snitch," Barksdale said of being fictionalized by Simon in the show. "Ain't nothing I can do to stop it, just don't do that, and I won't kill your ass."