Concert highlights words of Langston Hughes, Malcolm X and others 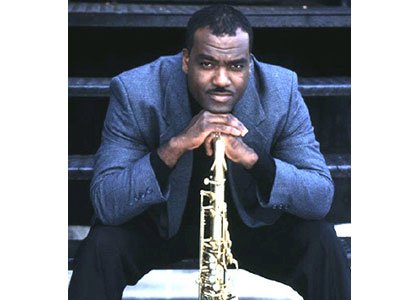 Adjunct music faculty and jazz composer and musician, Benny Russell has put together “Sing Me a Dream: Music and Protest,” an original, four-movement suite for a 17-piece orchestra that will be performed at 3 p.m. and 7 p.m. on Saturday, February 27, 2016 at Harford Community College in Bel Air, Maryland. (Courtesy Photo)

Before composing music and climbing onto a stage, Benny Russell says he listens to the voices of several trailblazing African-Americans.

Langston Hughes, James Weldon Johnson and even Malcolm X have been Russell’s inspirations, and those famous black icons are just as responsible as anyone for the upcoming “Sing Me a Dream: Music and Protest,” an original, four-movement suite for a 17-piece orchestra that will be performed at 3 p.m. and 7 p.m. on Saturday, February 27, 2016 at Harford Community College in Bel Air.

An adjunct music faculty and jazz composer and musician, Russell has put together a massive one-hour show that will feature the Morgan State University Jazz Ensemble and spoken texts from Hughes, Johnson and Ossie Davis.

“You let the ancestors speak through your music,” said Russell, whose accomplishments include compositions like “Langston Hughes: The Soul of His Words,” “Cold Keener,” “The Darfur Chronicles,” and “Just Before the Autumn.”

“So, you’re there to tell the ancestors that if they need me, I’ll be a voice for them,” Russell said.

“Sing Me a Dream,” a title that Russell says he came up with when his young child asked that he sing him a dream at bedtime, is one of the featured programs accompanying the Hays-Heighe House’s “Voices of Change: Social Protest Through the Arts and Humanities,” an exhibit developed to stimulate thought and discussion about the ways that music, literature and visual arts have intersected with moments of social protest in the United States.

The concert centers upon four movements whose backdrop is taken from African-American literature, Russell said. The first movement, “The Weary Blues,” features texts by Hughes and includes music composed by Russell.

The second movement is titled, Prayers for Malcolm,” with text by Ossie Davis who performed the eulogy at Malcom X’s funeral 51 years ago. The music for “Prayers” is composed by James Spaulding and arranged by Russell.

“Passing” is the third movement, which Russell said was inspired again by Hughes’ words. “It’s called ‘Passing,’ because that’s when light skinned black folk found it necessary to pass themselves off as white folks to matriculate through society,” Russell said.

He recounted a letter a young man wrote to his mother that Hughes noted in “Passing.”

“I felt like a dog, passing you downtown last night and not speaking to you. You were great, though. Didn’t give me a sign that you even knew me, let alone I was your son. If I hadn’t had the girl with me, Ma, we might have talked,” according to the letter in Hughes’ writings.

“I’m not as scared as I used to be about somebody taking me for colored any more just because I’m seen talking on the street to a Negro. I guess in looks I’m sort of suspect-proof, anyway. You remember what a hard time I used to have in school trying to convince teachers I was really colored. Sometimes, even after they met you, my mother, they wouldn’t believe it. Since I’ve begun to pass for white, nobody has ever doubted that I am a white man.”

Russell says his compositions help bring back those early black experiences and to educated young black men and women today about those who came before them.

The final Movement of the concert is titled, “God’s Trombones” with text by Johnson and music by Russell.

“The one thing that’s scary is that as the audiences get younger and younger, the information gets older and older and you wonder whether they see it as pertinent in their lives,” Russell said. “Do they see the importance of celebrating Langston Hughes or do they know who Malcolm X was or even Ossie Davis and his works and do they even care?”

Tickets for the concert are free but seating is limited and must be reserved in advance. To reserve tickets, visit: tickets.harford.edu or call 443-412-2211.