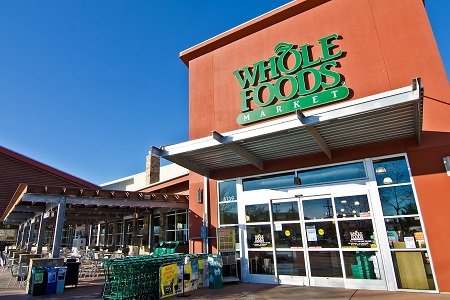 (CNN) — Fatty fish, nuts and vegetable oils get high marks in the nutrition department because they are rich in "good" fat. Red meat and milk may also be a good source of these polyunsaturated fats, and according to research, organic products have more of them than the conventional nonorganic options.

The research is based on an analysis of 67 studies that were done over the last two decades comparing organic and nonorganic meats -- beef, chicken, pork, lamb and goat -- produced in Europe, the United States and Brazil. In a separate analysis, researchers looked at 196 studies of dairy -- mostly cow's milk but also goat's milk and buffalo milk, cheese, yogurt and other products -- from these same parts of the world.

Organic meats came out on top in the category of omega-3 polyunsaturated fatty acids, with 47% higher levels than their nonorganic counterparts. Omega-3s have been credited with a slew of health benefits -- lowering heart disease and inflammation and fending off cognitive decline.

The advantage also went to organic milk, which had 46% higher levels of omega-3s than nonorganic milk.

"The omega-3 fatty acids are things that most nutritionists believe we don't get enough of in our diet, so taking in more is a good thing," said Carlo Leifert, professor of ecological agriculture at Newcastle University in England. Leifert led the studies on meat and milk, published this week in the British Journal of Nutrition.

Research suggests that Americans are probably getting adequate amounts, about 1,000 milligrams a day, of a type of omega-3 called alpha-linolenic acid, found in leafy green vegetables, nuts and vegetable oils. However, we may be falling far short of the recommended 300 to 500 milligrams a day of EPA and DHA, types of omega-3s found in fatty fish such as salmon and trout.

In the current analysis, the researchers estimated that organic meat could be serving up about 750 milligrams a day of omega-3s, based on consumption patterns in Europe. However, the researchers were not able to find enough studies to give them an idea whether organic meats were higher in levels of EPA and DHA, specifically. Nor were there enough studies to parse out the omega-3 levels in different types of organic and nonorganic meat.

However because there were more studies on dairy, the researchers were able to determine that organic milk contained 58% more EPA and DHA than conventional milk.

The source of fatty acids

The reason for the higher levels of omega-3s in organic meat is probably what the livestock are eating. One of the requirements for meats that are labeled "organic," whether in the United States or Europe, is that animals spend at least a minimum amount of time grazing, whereas conventionally raised animals tend to spend more time indoors and have a diet that is richer in grains. "In simple terms, if the animals eat more fresh grass, the omega-3s go up," Leifert said.

Consumers could get the same omega-3 boost from beef that is marketed as grass-fed, which, along with beef that is labeled organic, is regulated by the U.S. Department of Agriculture.