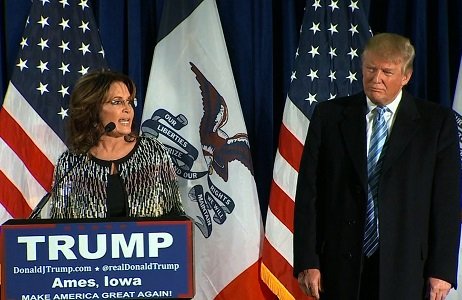 continued — The truth is, we played a significant role in mass incarceration because we were scared, we were angry, we were grieving the loss of young men and women taken during drug related incidents -- drivebys, shootings, and gang wars -- that frightened us just as much as it did white people. It does us no good to lay all or most of the blame at the feet of the Clintons or white conservatives and politicians who apparently found it easy to drum up votes by vowing to lock up mostly black and brown young men and throw away the key.

Maybe others played on our fears -- but we helped. We must admit that "The New Jim Crow" was a result of a bipartisan, biracial collaboration.

Maybe the majority of white people have been shown in tests by researchers to harbor ill, if subconscious, feelings about black people -- but those same tests show that at least half of black people harbor those same, ugly stereotypes of black people, and probably of "illegal" immigrants as well.

Heck, even today you can walk into various black churches and neighborhoods and hear people wanting more young black males, and increasingly black females, jailed or imprisoned for committing acts that might be wrong, annoying or even dangerous, but shouldn't be criminal.

When a young black girl was thrown across a classroom by a muscle-bound resource officer in an incident at a South Carolina high school last year, there was outrage at the officer's actions -- but there was also an undercurrent of opinion that the young girl had brought it upon herself because she dared not comply with every demand of her teacher, as though she's the first teenager in history to have made that kind of decision.

Remember, it is black people who've pushed the notion that if we are just a little more perfect during traffic stops that will lessen the chances that we'd become victims to police brutality -- even though it is the cop, not the motorist, who determines such things.

Fortunately, the #BlackLivesMatter movement is trying to correct for those past mistakes and is demanding that a person's full humanity be taken into account in every situation, no matter how imperfect they might be.

It's important to acknowledge the role minorities played in the out-of-control prison industrial complex if we are to avoid a repeat of those mistakes. While it has become fashionable for politicians on both sides of the aisle to talk up criminal justice reform, the phony "war on cops," the suspect "Ferguson effect" and the rise of Trump shows just how fragile that movement is.

Trump is playing to those same fears; only this time, he's using the heartbreaking story of black voters like Shaw to do to others what was done to black people.

I suspect he's counting on us not recognizing the parallels, making it easier for him to claim that he's talking about Mexican rapists and murderers only with the aim of making "this country great again," not to target yet another vulnerable group, turn them into America's latest scapegoats and ride their backs all the way to the White House.

Issac Bailey has been a journalist in South Carolina for two decades and was most recently the primary columnist for The Sun News in Myrtle Beach. He was a 2014 Harvard University Nieman fellow. Twitter: @ijbailey The views expressed are his own.