'Black girl magic' is more than a hashtag; it's a movement 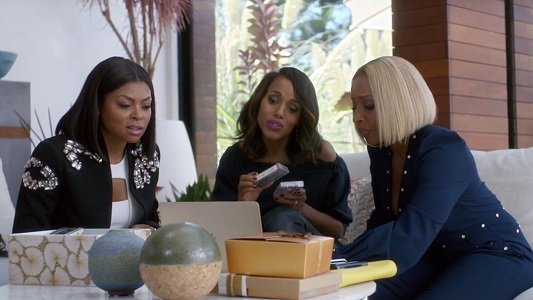 By now, anyone plugged into social media has seen the terms #blackgirlmagic, #beingablackgirlislist or #melaninonfleek. These hashtags are accompanied by a range of photos, from black women rocking natural tresses to Beyonce's backup dancers at Super Bowl 50 or simply a photo of a small child basking in the sun's rays. (Photo: Apple)

Coming of age in the early '90s, Marcia Smith says, her mother made sure she would grow up to be a proud black woman, instilling in her from a young age what it means to love yourself, culture and heritage.

As a little girl, she remembers, it would take her mom an eternity to get out the door in the morning. "Oh, Mommy, it's taking you so long to get ready," Smith lamented. Her mother would quip back, "It's not easy being a beautiful black woman. When you are a black woman the world needs to recognize your presence so you step out with your best foot forward because the spotlight is always on you."

Growing up, Smith proudly donned apparel that displayed slogans like "educated queen," "back to the motherland" or "black power" mixed in with Pan-African colors.

But by the time Smith, 29, graduated from Howard University in 2008, she saw there was a need to breathe life back into this fashion movement.

Smith began to wonder, "Where is the love of self? Now, I don't want to wear a dashiki all the time but I do want to have a shirt that encompasses self-empowerment."

"I saw there was a lack of self-identity and a lack of self-confidence amongst the black community, and what I wanted to do when I started to come out with my brand is not necessarily bridge the gap but mend the wound."

HauteGreeksCouture is Smith's Instagram clothing boutique. She ships thousands of orders per week, she said, to clients ranging from recent high school graduates to broadcaster Gayle King. Her apparel boasts messages such as: "Black Women Are Magic," "Black by Popular Demand," and even lyrics from Beyoncé's new song "Formation."

"Formation," a tribute to Beyoncé's black heritage and the beauty of the black woman, made waves when it was released two weeks ago, with some calling the song and video's message racist or anti-police.

By now, anyone plugged into social media has seen the terms #blackgirlmagic, #beingablackgirlislist or #melaninonfleek. These hashtags are accompanied by a range of photos, from black women rocking natural tresses to Beyoncé's backup dancers at Super Bowl 50 or simply a photo of a small child basking in the sun's rays.

But #blackgirlmagic and similar phrases have become more than just a hashtag on social media or a caption for tweets during Black History Month.

"The concept is important because it names and identifies the ways that black women make space for themselves, celebrate themselves, and connect to each other," said Asia Leeds, an assistant professor at Spelman College in Atlanta. "I think that the various hashtags allow us to curate our magic and facilitate new connections and discoveries."

There has even been backlash about the weight that #blackgirlmagic carries. A writer at Elle.com explained why she's not on board with the movement. "Black girls aren't magical. We're human," she wrote.

Tianna Sankey, 15, explained what the hashtags mean to her and why they're necessary.