The company offered to pay $10,000 to charity over the error 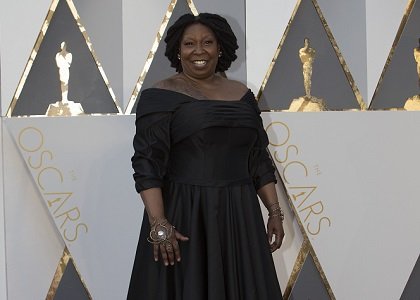 (CNN) — Who knew a tattoo could lead to such an embarrassing gaffe?

That was case during the Oscars Sunday when a beauty website attempted to pay a compliment -- and it went terribly wrong.

Total Beauty, a Los Angeles-based company that posts fitness tips, tweeted a picture of Goldberg on the red carpet at the 88th Academy Awards, her tattooed shoulder on display, along with the caption: "We had no idea @Oprah was #tatted, and we love it..."

In a year in which Hollywood's treatment of racial issues has been under the spotlight, social media reaction to the blunder -- confusing two powerful African-American women in the media -- was swift and merciless.

The tweet was swiftly deleted, but not before critics had had their say.

"(H)ave you even seen a black person before?" asked one Twitter user.

"You could not have picked a worse year for a gaffe like this one. #OscarsSoWhite," tweeted Steven Nelson, professor of African and African American art history at UCLA, referring to the diversity controversy that overshadowed the ceremony.

In an apology tweet, Total Beauty company said: "We'd like to apologize to Oprah and Whoopi, as well as everyone we've offended. It was our error, and there are no excuses."

It subsequently tweeted it would use the mistake as an opportunity to donate $10,000 to a charity of Goldberg and Winfrey's choice.

What did Winfrey make of the embarrassing mix-up?

So far, there's been no comment from Goldberg on the error.