The other one percent 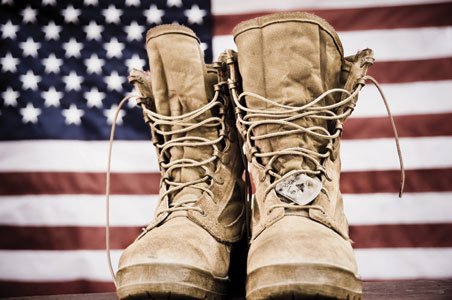 I watched the final Republican debates of 2015 in shock and awe! I recognized— especially when appealing to the party's base— that most of the positions of the candidates are more akin to throwing raw meat to wild animals than to substantive discussion of policies of the respective candidates. I wasn't surprised that I saw these candidates as detached from the realities impacting the largest numbers of our population.

I'm intrigued by the cavalier attitude displayed by members of the Republican Political Elite when addressing the concerns of the masses. Romney's 'classic' 47 percent comment and the obvious deference paid by Republicans to the wealthiest one percent of our nation both give clear indication that wealth determines Republican interest.

This was clear when, in outlining his foreign policy position, Senator Marco Rubio commented that putting "U.S. boots on the ground" was the solution to Middle East conflict. I've heard the phrase "boots on the ground" countless times lately but during this "Season of Peace," it was more offensive, even obscene. It caused me to question the casual concern of this remark and reason for deeper consideration of the other one percent.

If you haven't given serious thought, the responsibility for the security of our nation is no longer a "shared" responsibility. Those who remember the Selective Service conscription (military draft) remember the concern held by the general population for all our military service members. Every family who had a son between the ages of 18 and 29 was concerned about decisions committing our troops to combat. Whether that son was a ne'er-do-well drafted off the block, a Mensa candidate drafted from the halls of Harvard, or anyone in between, each of those young men and their families— forced or otherwise— became stakeholders in the security of the United States.

The all-volunteer military has seemingly changed that dynamic permanently. Some argue that the Selective Service Registration requirement still exists and all have the potential to serve. The truth is that registration has devolved into a symbolic gesture of civic responsibility. For practical purpose, unless someone has a patriotic epiphany or an economic, financial or educational need, service to the defense of the nation is an option.

Which brings us back to the “Other one percent.” When we look objectively at who now serves our nation, we must admit that our military is primarily comprised of lower-income citizens whose economic circumstances oblige them to join. They are the individuals who live in areas of the country that offer few opportunities for employment or career development. They are the students who see the potential for future success, but without the resources to obtain the requisite education or training that will allow the success they imagine. They are the reservists who join the military for the quid pro quo of extra income in exchange for one weekend a month and an additional two weeks each year. It is a rare exception that you will find a member of the moneyed-class among the ranks.

Which brings us back to “boots on the ground.” There are no “boots on the ground.” There are young men and women who proudly serve our nation. They are not the sons and daughters of those who make decisions that commit them to combat. They are the sons and daughters, mothers and fathers, sisters and brothers, and relatives who place the interests of our nation above their own.

To refer to them as “boots on the ground” dishonors them and the privilege they afford the rest of us to live our lives in relative peace. The mere “Thank you for your service,” seems inadequate. In this “Season of Peace,” I can only add my prayers for the blessing of true peace and my hope for them and their families.