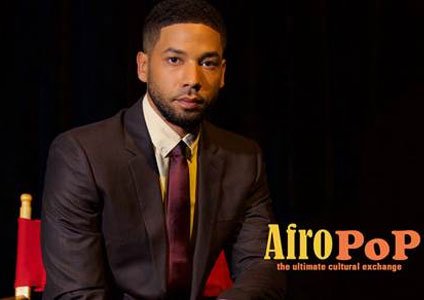 NEW YORK — Season eight of “AfroPoP: The Ultimate Cultural Exchange” opens with an unflinching portrait of life as an immigrant, as concerns about illegal immigration and refugees reach a fever pitch in America and across the world.

Scene from episode one from season eight, which takes aim at immigration and the refugee crisis. Season eight airs weekly on Mondays from January 18 to February 15, 2016 at 8 p.m. on World Channel.

The documentary series leads off Monday, January 18, 2016 at 8 p.m. on WORLD Channel with director Ditte Haarløv Johnsen’s “Days of Hope.” The season premiere follows three African immigrants who brave it all for a better life in Europe. Jussie Smollett, star of the hit FOX TV show “Empire,” serves as eighth season host for the series, which is produced by National Black Programming Consortium (NBPC) and co-presented by American Public Television (APT),

“AfroPoP” takes on important issues facing the global black community. Episode one of the series, “Days of Hope, “puts a face on the immigration issue, showing the lengths to which brave souls will go to better their lives and their families’ dire circumstances.

“The scale and sheer numbers of immigrants from Mexico and Central America as well as the Syrian refugee crisis overshadow any conversation about immigration from other communities of color, where the human rights concerns are just as critical. “ said NBPC Director of Programs and Acquisitions and AfroPoP Executive Producer Kay Shaw. “The opportunity to broadcast a beautifully told story about the plight of West Africans facing the same risks and challenges is a reminder that the issue is global, multi-faceted and multi-racial.”

New episodes of the five-part series premiere weekly through February 15. The show continues with:

Directors Jérôme Guiot and Thierry Teston’s “Pan! Our Music Odyssey” (January 25), a joyful celebration of the melodious steel drum. The film explores the magical instrument from its development in Trinidad to its celebration around the world, as bands from across the globe gather to compete in the ultimate steel band competition: Panorama.

Pablo García Pérez de Lara and Marc Serena’s “Tchindas” (February 1), which transports viewers to São Vicente in Cape Verde. There we meet Tchinda, a transgender woman who is so cherished that her name has become synonymous with LBGT people in the area. The documentary follows the celebrated character, out and proud since 1998, as she and her cohorts prepare for the beloved annual carnival.

N’Jeri Eaton and Mario Furloni’s “First Friday” (February 8), which heads to Oakland, California—a city with a reputation as one of the most dangerous in America—as it works to rebrand itself through its successful First Fridays monthly street festival. The murder of a young Black man sends the city reeling, threatening the very survival of this community celebration and, perhaps, the town’s very renaissance.

A shorts program (February 15) celebrating youth and the hope they both possess and inspire— with films from the west and east coasts of Africa. Nosarieme Garrick’s “My Africa Is,” set in the bustling, modern city of Nairobi, introduces viewers to dynamic youth envisioning a new Kenya— designers, inventors and musicians changing the face of their communities through innovation and entrepreneurship. Terence Nance and Blitz the Ambassador’s “Native Sun” helps viewers see Ghana through the eyes and dreams of an eight-year-old in search of his father.

“AfroPoP: The Ultimate Cultural Exchange” is produced by Angela Tucker and directed by Duana Butler. The series is produced with the generous support of the Corporation for Public Broadcasting and National Endowment for the Arts. For more detailed information about "AfroPoP," visit www.blackpublicmedia.org.