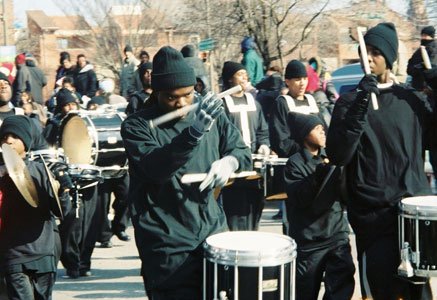 Hello everyone, I hope you and your family are well at the beginning of this New Year. It is sad to know that many lives have been lost on the streets through violence and a few because of health reasons. 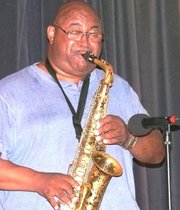 One of my dear friends, renowned recording artist Phil Townes of the Bleu Lights passed away on December 21, 2015 while I was away on vacation. I send condolences to his brothers in song and family, especially to his manager, Milton Dugger. Another one of our musicians, saxophonist Major Boyd, just recently passed away after a long illness on Saturday, January 9, 2016. Funeral arrangements were not available at press time.

Now it’s time to celebrate Dr. Martin Luther King, Jr. the life of a civil rights leader on Monday, January 18, 2016. The city is hosting a parade in his honor. More than 50 groups will participate in the parade including high school and community bands, honor/color guards, equestrian units, fraternities and sororities, lively dance squads and civic organizations. It is like a New Orleans party on the streets of Baltimore. Groups and organizations such as the NAACP, Norfolk Comanche Pathfinder and Adventure Club Marching Band, Infinity Elite Dance Team, Citywide Goldstarz Marching Band, New Edition Legacy Marching Band and the Baltimore Entertainers Marching Band are in the parade, just to name a few. Also tradition is honored by the local chapters of high stepping fraternities and sororities including Dr. Kings’ own Alpha Phi Alpha Fraternity, Alpha Kappa Alpha Sorority, Delta Sigma Thea Sorority, Iota Phi Theta Fraternity and so many more. The parade will be bigger than ever this year. The parade steps off at the intersection of Martin Luther King, Jr. Boulevard and Eutaw Street at noon. I’ll see you there!

Kings Landing Women’s Service Club will host the 41st Annual Dr. Martin Luther King, Jr. Memorial Breakfast on Monday, January 18, 2016 from 8 a.m. until 10:30 a.m. at Martin’s West on Dogwood Road. The keynote Speaker will be D. Watkins, professor, commentator, and author of “The Beast Side: Living (and Dying) While Black in America.” Music will be provided by the Male Chorus, Art Church. This year, the honorees are: Reverend P.M. Smith; Ameena Kukoyi; Larinda Fields; Barbara Knox; Janet Arce; Catherine Orange; Marcus Smith; Peggy Murphy; and Edna Harris. Rambling Rose will be there for a book signing with both of my books. For ticket information, call 410-602-1841 or 443-413-6188. I will see you there. 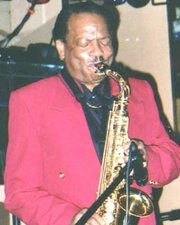 Celebrations of Dr. Martin Luther King, Jr. continue at the Reginald F. Lewis Museum for the entire weekend starting Saturday, January 16 from11 a.m. until 4 p.m. There will be an MLK birthday party for children along with craft activities, theater performances, spoken word, dancing, films, and much more on Sunday, January 17.

Well, my dear friends have fun this weekend. I have to go now because I am out of space. But remember, if you need me, call me at 410-833-9474 or email me at rosapryor@aol.com. I do not take information from face book. Please contact me directly. UNTIL THE NEXT TIME, I’M MUSICALLY YOURS.