Six Baltimore officers have been charged in Freddie Gray's death 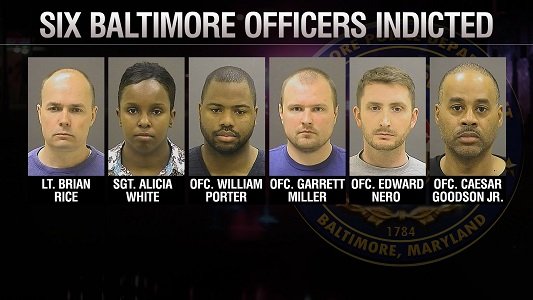 (CNN) — A Baltimore judge ruled Wednesday that William Porter does not have to testify against three other officers charged in connection with the death of Freddie Gray.

The decision by Judge Barry G. Williams paves the way for the trials of officers Edward Nero, Garrett Miller and Lt. Brian Rice to proceed before the Maryland Court of Special Appeals considers Porter's appeal in March.

Attorney's for Nero, Miller and Rice argued that delaying the cases violated the officers' right to a speedy trial.

Porter's lawyers have said that forcing him to testify at the trial of another officer, Caesar Goodson, violated their client's constitutional rights.

Goodson's trial has been put on hold until the issue of Porter's testimony is resolved.

A total of six Baltimore police officers were charged in the April 2015 death of Freddie Gray, who suffered a fatal spinal injury after being shackled without a seat belt in a police van.

Goodson, who drove the van, faces the most severe charge in Gray's death: second-degree depraved-heart murder, which could mean 30 years behind bars if convicted.

Jury selection in Goodson's trial had been slated to start last week, but a stay brought the proceedings to a halt pending the issue of Porter's testimony.

Porter's case ended with a mistrial last month. He faces a retrial scheduled for June 13 on charges of involuntary manslaughter, second-degree assault, misconduct in office and reckless endangerment.

A sixth officer, Sgt. Alicia White, awaits trial on manslaughter and other charges.