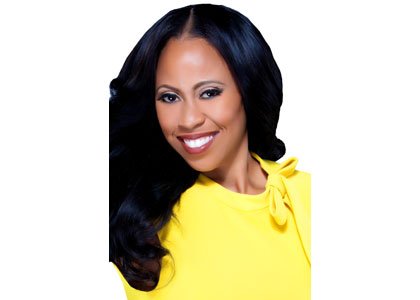 Fifteen years ago, Tressa “Azarel” Smallwood took a life-changing leap of faith. She resigned from Prince George’s County Public Schools to fulfill her dream of becoming an author. Although Smallwood earned a master’s degree in teaching from Bowie State University, becoming an entrepreneur was something the Maryland resident of 40 years still yearned to achieve.

The journey officially began when she published her own book “A Life to Remember” through her company, Life Changing Books (LCB). After beginning to accept manuscript submissions in 2003, approximately 141 book titles have been published by the thriving operation. Smallwood is an ambitious wife and mother who added executive producer to her list of accomplishments.

The entrepreneur who resides in Prince George’s County, recently returned from the 20th Annual American Black Film Festival held in Miami Beach, Florida where Smallwood’s first film project under her production company, “Life Changing Books and Film,” was screened on June 17, 2016. The sold out movie, “Secrets” is based on J. Tremble’s novel “Secrets of A Housewife,” which was published by LCB.

“I’d always dreamt about my project going to the next level, but seeing it on the big screen for the first time made those dreams a reality,” Tremble said.

Smallwood plans to turn more books that were published by LCB into films through her production company, Life Changing Books and Film, and by incorporating her studio, Mega Mind Media.

“I saw people around me dive into entrepreneurship on different levels and I kept saying I know I want my own [business],” Smallwood said. “I just don’t know what.”

Smallwood has worked with 49 authors in her highly respected independent publishing company, which publishes everything from urban to inspirational reads. Smallwood says that she became interested in film three or four years ago.

“I kept saying, ‘You know these books would make great films.’ But again, I didn’t know how to go about it, so I really just did a lot of research, and spent a lot of time studying the industry before jumping into it. I knew when it was time to do it. I said, ‘You know what? This is going to be huge, because I’ve taken the time to study the craft,’”

Smallwood continued, “I think it’s a male dominated industry and we need more women to come in and be a part of this industry. It’s a come up for everybody.”

“Secrets” is about infidelity, forgiveness and saving the black family, according to Smallwood.

“A lot of times in the African American society, we have a lot of fatherless children and sometimes we have those situations because the relationships with the parents went sour because they gave up too easily,” Smallwood said.

Smallwood believes more movies that deal with the reality of the black experience are needed and we cannot get that from Hollywood, so we have to create it ourselves.

“The film is going to be released on September 27 and we’re doing a 252 theater release,” Smallwood said. “We’re doing a “Secrets” promo event in Baltimore…and also we’ll be in Baltimore for a movie premiere.”

The cast includes Harold “House” Moore who is well known for acting in the TV show, “Single Ladies.” Tobias Truvillion is an award-winning actor who recently appeared in episodes on “Empire.” Denise Boutte has appeared in the big-screen adaptation of Tyler Perry’s hit stage play, “Why Did I Get Married?” Actress Denyce Lawton, who is from Maryland, and actor Dennis White also appear in the film. Raheem DeVaughn—a Maryland-based singer— contributed to the soundtrack.

Collaborating with a multi-talented team has also helped Smallwood to make more entrepreneurial strides. MegaMind Media is the studio Smallwood founded that will allow her to bring in investors and partners. Smallwood added that budding artists and artists who dream of doing big things, or who are looking for a deal, should consider remaining independent if they possess business savvy.

“It doesn’t matter if you’re an author, a recording artist, whatever you’re doing. If you have the ability and the business talent to keep it in-house, do that because maintaining those rights forever will set you apart. Truly,” Smallwood said.