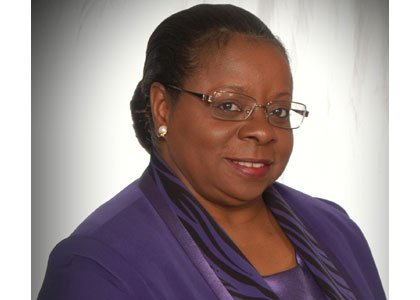 Dr. Margaret Ellen Mayo Tolbert is the first African-American to serve as director of the New Brunswick Laboratory, U.S. Department of Energy.

Hailing from Suffolk, Virginia, Dr. Margaret Ellen Mayo Tolbert’s story is one of triumph and defying the odds. In her memoir entitled “Resilience in the Face of Adversity: A Suffolkian’s Life Story” (Balboa Press, 2015) she chronicles her road to success—from handling the sudden death of her mother when she was only seven to becoming an accomplished career woman.

When Tolbert retired from the National Science Foundation five years ago, she found that she had a lot of time on her hands. She began to skim through documents that she accumulated throughout the decades and decided to pen her autobiography.

It took Tolbert approximately a year to complete her manuscript. Tolbert’s main inspiration for writing the book was for her son and grandchildren to have her life story in writing.

In her memoir, Tolbert recounts her childhood growing up in Saratoga, a segregated area of Suffolk, during the 1940s.

Racial segregation was the norm. She vividly describes the discrimination she witnessed as a child: the “Colored” signs, separate entrances for Whites and Blacks, and store policies that prohibited African-Americans from trying on clothes. This was the world that Tolbert grew up in.

Not only did she have to overcome racial hostility, but there was chaos in her household. Tolbert’s father, Jessie “Clifton” Mayo, a World War II veteran, was an alcoholic.

In spite of her father’s violent temper and alcoholism, Tolbert’s mother, Martha, created a warm hospitable atmosphere for her children. She worked as a domestic worker cleaning houses.

Sadly, Tolbert’s mother passed away from untreated military tuberculous. She was only 30 when she died.

After her mother’s untimely death, Tolbert and her five siblings lived with their paternal grandmother, Fannie Mae.

“We would have all our birthdays on November 6th,” recounts Tolbert with a chuckle. She still remembers the delicious cake her grandmother made, which had jelly in the middle and chocolate on top.

There was also the Cook family who supported and nurtured Tolbert throughout her life by exposing her to a stable, loving home environment.

“They were God-sent,” says Tolbert, whom she affectionately called Mama and Daddy Cook.

It was the Cook clan who encouraged Tolbert to pursue her Ph.D. at Brown University—even though she was a single mother who had recently divorced.

Mama and Daddy Cook took care of Tolbert’s son as she pursued her studies. As a result, Tolbert became the first African-American woman to earn a doctorate in biochemistry at Brown.

Although Tolbert achieved academic and professional success, there were obstacles that she had to overcome. She escaped poverty, survived two divorces, and coped with the tragic murder of Daddy Cook.

In spite of the hardships that Tolbert endured throughout her lifetime, she continues to have an upbeat outlook.

Tolbert stresses the importance of receiving an education and surrounding oneself with positive people.

“Think about what you want to do in life,” she advises.

Ultimately, she tells her story to encourage others to strive toward greatness regardless of circumstances.

“My hope is that readers of this book will benefit from learning about the way I lived from birth to the time of the writing of the manuscript for the book. Hopefully, they will learn from my actions and decisions, my failures and successes. I do hope that each reader will be inspired to persevere through his or her own trials until success is achieved,” says Tolbert.