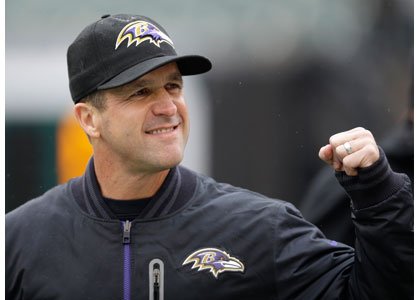 The 2016 NFL season will be a pivotal one for John Harbaugh and the Baltimore Ravens. Their 5 - 11 record in 2015 was the worst finish of the Harbaugh era.

Perhaps the most significant injury was the loss of Joe Flacco. Before the 2015 season, Harbaugh had never coached a game without Flacco.

Harbaugh will need to find the success that he experienced over the first seven years of his career. He is among the top three coaches in regular season wins as well as playoff wins since 2008, his first year as a head coach.

Team owner Steve Bisciotti has not said Harbaugh's job is in jeopardy, but he has made it clear he expects to win.

The Ravens front office has taken steps to bolster their roster. They signed free agent safety Eric Weddle to sure up the secondary.

Mike Wallace was brought in to give the offense a much-needed explosive wide receiver that can stretch the field vertically. The Ravens also used their first-round pick (No. 6 overall) on left tackle Ronnie Stanley.

Eugene Monroe never seemed to gel with the Ravens locker room and was released to make room for Stanley to take over as the starter.

Many analysts said the Ravens had a top five roster before last season. The roster has only gotten better this year.

Cornerback Jimmy Smith said he's finally able to move around without feeling any pain in his foot. He was never able to play at 100% last season.

The secondary will benefit from a healthy Smith at corner next season. Shareece Wright will be with the team for a full season after resigning with the Ravens during the offseason. He was an in-season free agent acquisition last year.

There are going to be some question marks heading into the season. Flacco will be attempting to return from his first injury. He's not expected to be back until sometime during training camp.

Smith Sr. is still working his way back from a major Achilles injury. It will take him time to get back to his playmaking ways. At 37 years old, many questioned his ability to be an impactful player before the 2015 season.

The veteran wide receiver was among the league leaders in receiving yards, yards after the catch and broken tackles by a receiver prior to rupturing his Achilles.

The injury devastated him and caused him to stick around for one more season. There was no way he was going to end his career by limping off of the field. It would be a storybook ending if the Ravens could win a Super Bowl in Smith Sr.'s last season.

Harbaugh has always had a game by game approach to the season. He cautions his players not to look too far ahead. That will be a difficult task considering how badly they want to put 2015 behind them.

The AFC North division title is the first goal for Baltimore. The Pittsburgh Steelers are the early favorites to win the division, however, the Ravens swept the Steelers last season.