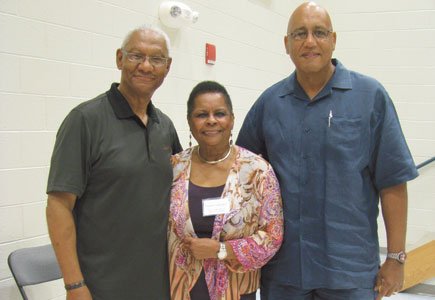 BALTIMORE — In connection with Alzheimer's Awareness Month, the Memory and Aging Community Advisory Board (MACAB) held its 10th Annual Holistic Health Seminar on Memory Loss at the Randallstown Community Center. The theme, "Healthy Living in 2016 and Beyond: Mind, Body and Spirit," was captured in the well designed agenda which included informative speakers, exhibitors and spirited audience participation.

To actively involve the audience, an uplifting spirited performance with drums and song was led by Dorothy Holley, Ph.D., LCSW-C and the Nyami Nti Cultural Healing Arts Therapy.

Ernestine Shepard, the world's oldest female body builder, who was celebrating her 80th birthday, spoke on her life's mantra, "Determination, Dedication and Discipline." She received the 2016 Trail Blazer Award.

MACAB is a group of dedicated people whose overall concern is the physical, mental and social well-being of the senior community of Greater Baltimore. The MACAB was formed in 2004 and is comprised of community leaders, health professionals and families who have been touched by dementia. This group works with the Johns Hopkins Memory Center and various groups to help increase community access to healthcare, knowledge and research opportunities related to Alzheimer's disease, memory loss and senior health.