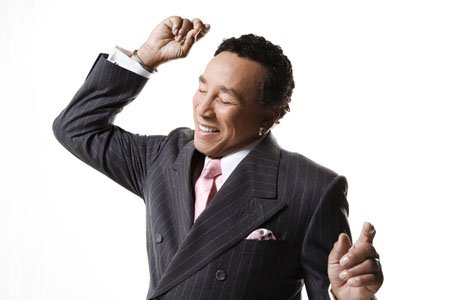 Music icon Smokey Robinson was named the next recipient of the Library of Congress Gershwin Prize for Popular Song. He will receive the prize in November in Washington, D.C. (Courtesy Photo/Smokey Robinson)

Acting Librarian of Congress David Mao announced that Smokey Robinson is the next recipient of the Library of Congress Gershwin Prize for Popular Song.

A rhythm and blues icon whose career has spanned more than 50 years, Robinson is considered the poet laureate of soul. His velvet falsetto and incomparable mastery of lyrical verse have created a tapestry of hits that have transcended generations and become a mainstay in American pop music. As a producer, record executive and visionary, Robinson helped lead a musical revolution called the Motown sound.

“As a singer, songwriter, producer and record executive, Smokey Robinson is a musical legend,” said Acting Librarian of Congress David S. Mao. “His rich melodies are works of art— enduring, meaningful and powerful. And he is a master at crafting lyrics that speak to the heart and soul, expressing ordinary themes in an extraordinary way. It is that quality in his music that makes him one of the greatest poetic songwriters of our time.”

“It gives me such joy and gratitude to be included among the past recipients of this most prestigious songwriting award,” Robinson said.

“The Tracks of My Tears,” was named to the National Recording Registry of the Library of Congress in 2007 as one of the nation’s culturally, historically or aesthetically significant sound recordings.

Producer and songwriter Robinson was the creative force behind many Motown classics. “My Girl,” “The Way You Do the Things You Do,” “Get Ready,” “Since I Lost My Baby,” “Ain’t That Peculiar,” “My Guy,” “You Beat Me to the Punch” and “Don’t Mess with Bill” are among the many hit songs that Robinson wrote for other Motown artists. He has crafted lyrics for Marvin Gaye, Mary Wells, Brenda Holloway, The Marvelettes, The Temptations and many others. His music influenced The Beatles—who recorded Robinson and the Miracles’ “You’ve Really Got A Hold On Me” in 1963—The Rolling Stones (“Going To A Go-Go”); Michael Jackson (“Who’s Loving You”) and The Supremes (“I Second That Emotion”).

Born in Detroit in 1940, Robinson founded the Matadors in 1954 when he was in high school. Three years later the group added a female voice and became The Miracles. Berry Gordy’s first vocal group, The Miracles released the single “Shop Around” in 1960, which became Motown’s first million-selling hit.

Robinson’s collaboration with Gordy from day one of the Motown record label grew into a musical dynasty. Producer, talent scout and songwriter for Motown, Robinson also served as vice president of the label for nearly three decades.

The Miracles was the pre-eminent R&B group in the 1960s through the early 1970s until Smokey retired from the group in 1972. He returned as a solo performer a year later and continued to create beloved popular classics. His 1975 album, “A Quiet Storm,” was critically acclaimed and in 1987 he won a Grammy for best R&B vocal performance for his single, “Just to See Her,” from his album, “One Heartbeat.”

The Library of Congress Gershwin Prize for Popular Song honors living musical artists whose lifetime contributions in the field of popular song exemplify the standard of excellence associated with George and Ira Gershwin, by promoting the genre of song as a vehicle of cultural understanding; entertaining and informing audiences; and inspiring new generations.

The Gershwin name is used in connection with the Library of Congress Gershwin Prize for Popular Song courtesy of the families of George Gershwin and Ira Gershwin. GERSHWIN® is a registered trademark of Gershwin Enterprises.