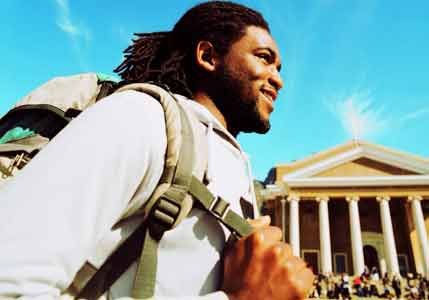 (METRO CREATIVE) — The cost of college tuition continues to increase, and college graduates are feeling the burn of that trend when the time comes to begin repaying their student loans.

According to an analysis from higher education expert Mark Kantrowitz, publisher of Cappex, an online resource for students seeking college scholarships, members of the class of 2016 will graduate with an average student loan debt of just over $37,000. That projection, which was based on federal student loan data and variables including tuition inflation, would be an all-time high. Things are not much better in Canada, where the 2015 Graduating Student Survey by the Canadian University Survey Consortium estimated the average member of the class of 2015 graduated with $27,000 in debt.

Though many prospective college students are beginning to question if college degrees are worth taking on the kind of debt many students must take on to continue their educations after high school, statistics still indicate that college graduates have far greater lifetime earning potential than men and women who enter the professional arena with only high school diplomas.

So what can prospective college students do to avoid graduating without tens of thousands of dollars in debt? The answer might not be so difficult.

· Apply to fixed-tuition schools. If tuition-free schools are not an option, students can save money by applying for admittance to fixed-tuition schools. Such schools guarantee that the tuition students pay in their freshman year will not increase during the ensuing three years. (Note: Tuition may increase if a student needs a fifth year of schooling.) That can lead to considerable savings, as many schools' tuitions increase dramatically in just four years.

· Begin at a two-year college. Two-year colleges typically charge considerably lower tuitions than four-year colleges and universities. Students who want to save money may benefit by enrolling in a two-year college out of high school and getting all of their prerequisite courses out of the way at a more budget-friendly cost. When considering this option, make sure credits at the two-year college fully transfer to the four-year school students hope to enroll in after earning their associate's degrees.

Attending college has never been more expensive, but students and their parents can explore various options that can help reduce the cost of college tuition.