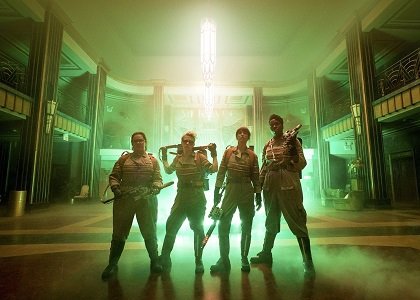 The "Ghostbusters" star on Monday fought back against Twitter users sending her racist and hateful comments by not allowing them to hide. Instead, she filled her own timeline with screenshots of their spiteful remarks, and let shame rain down upon them.

Jones tweeted, "You know I'm gonna stop blocking so y'all can go through my feed yourself and see the bs. You won't believe the evil. It's f scary."

The response from the decent people of Twitter was swift, as users flooded Jones with well wishes and compliments, using #LoveForLeslieJ.

Jones is far from the first celebrity to put a spotlight on social media bullying. In fact, the list of celebrities who have stated they have taken a break from social media because of online harassment, is lengthy.

The difference, of course, is that many celebrities are often pushed off of Twitter due to backlash from controversial moments, or comments. Jones' offense was simply being a black woman in a hit film that earned $46 million at the box office during its opening weekend.