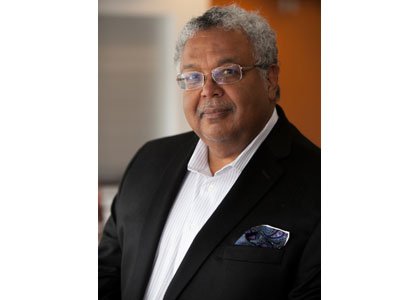 Morgan State University President David Wilson announced the appointment of Michael G. Spencer as dean of the Clarence M. Mitchell Jr. School of Engineering, only the second dean in the school’s history. Dr. Spencer is a professor in the Department of Electrical and Computer Engineering at Cornell University.

“I am pleased to welcome Dr. Spencer to our family,” said President Wilson. “He is an accomplished educator and researcher who brings a wealth of knowledge and experience to our campus. This appointment is a signal to everyone that Morgan intends to maintain its position as a world leader in the production of minority engineers for many more decades.”

Dr. Spencer received his bachelor’s, master’s and doctoral (Ph.D.) degrees in electrical engineering, all from Cornell University. He has more than 160 publications and 20 patents in the fields of compound semiconductors, graphene, power conversion, microwave devices and solar cell technology. His list of awards and honors includes, among others, the Presidential Young Investigator Award from the National Science Foundation; the Allen Berman Research Publication Award from the Naval Research Laboratory; the Quality of Education for Minorities (QEM) Giants of Science Award; and an appointment as a Sigma Xi lecturer in the summer of 2014. Dr. Spencer recently served on the National Academy of Engineering’s Committee on Assessment of Solid State Lighting.

“I am very excited to begin this new chapter of my career,” said Dr. Spencer. “I look forward to joining the family at Morgan State, and I am hopeful that I can build on the foundation established by Dr. Eugene Deloatch, the founding dean of the School of Engineering.”

Dr. Spencer replaces Eugene M. Deloatch, who is retiring after 32 years at the helm of the Mitchell School of Engineering. Dr. Deloatch became the inaugural dean of the school when it was launched in 1984. His retirement caps an extraordinary career of an educator who made a substantial impact on the number of minorities in engineering.

“Morgan is among the nation’s top producers of black engineers, and that is due largely because of one man, Eugene Deloatch,” said Dr. Wilson. “His record of success nationally in increasing diversity in the field of engineering is a matter of great pride for him personally and for Morgan State University. We join with many hundreds of his former students whose lives he has touched over the years to express our gratitude for his dedication and service.”

Dr. Michael Spencer assumes his new role as dean of the Clarence M. Mitchell Jr. School of Engineering on January 4, 2017. Dr. Craig Scott has been appointed to serve as dean, in an interim capacity, through December 31, 2016.